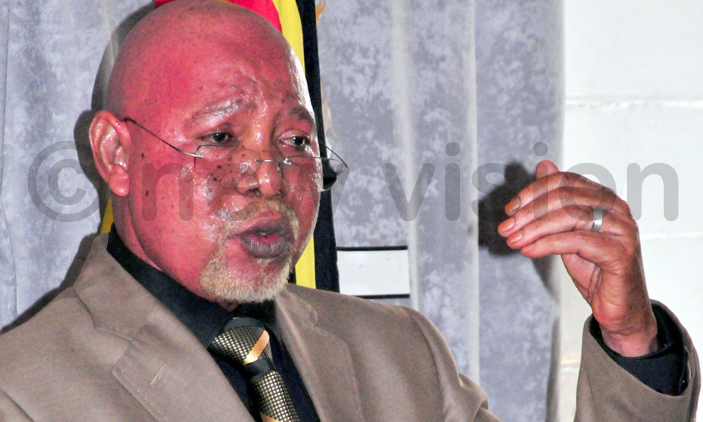 IS GEN. JEJE ODONG AN IDIOT?

Gen. Jeje Odong is an Itesot from Ngora. He joined the army in 1979 after the overthrow of Iddi Amin. He was posted to Kabamba School of Infantry as the Military Intelligence Officer. It is said that he provided intelligence to Museveni’s guerrillas for the February 6, 1981 attack on Kabamba that launched the five years Bush War. Consequently, Jeje Odong was arrested by the government and incarcerated in Luzira Prison for the next four years. It was after the military takeover by the Okello junta of July 1985 that Jeje Odong was freed.

Six months later when Museveni’s NRA overthrew the Okello junta, Lt. Jeje Odong was posted to Kabamba as an instructor. Shortly after that, he was posted to Mbarara as the Commandant of the training school. From Mbarara, he was moved to the General Headquarters as Director of Supplies. He was one of the ten army delegates to the Constituent Assembly that debated the 1995 constitution.

Later, he was made the army’s Chief Political Commissar before he contested for the Amuria parliamentary seat. He was appointed to the cabinet under the Ministry of Defence. In 1998 he relinquished both the parliamentary and cabinet position and was appointed the Army Chief. His reign as Army Commander witnessed the army’s bloody expedition into the Congo. He had the more powerful General Kaziini as army Chief of Staff and overall commander of the Congo expedition. He was bypassed from both top (Museveni) and bottom (officers under his command) in most of the undertakings.

When Museveni’s army clashed with that of Kagame in Kisangani, both countries set up a joint probe team to establish the cause. Gen. Jeje Odong chaired the probe team and was deputised by the then Rwandese Chief of Staff, Gen. Kayumba Nyamwasa. In September 1999 the team presented its report that highly implicated the Museveni’s army and in particular Gen. Kaziini as having been the source of trouble. Museveni convened his High Command which castigated Gen. Jeje Odong as being a traitor before outrightly rejecting the report. Instead, Museveni appointed a fresh five man probe committee headed by the then Minister of State for Defence, Steven Kavuma. It is now 18 years since and the five man probe has never submitted its findings.

Since then, the sidelining of Gen. Jeje Odong became humiliatingly more visible. The Chief of Staff, Gen. Kaziini was the defacto army chief.


Around August 2001, as Army Commander, Jeje Odong told the Justice Porter Commission that was probing the plunder of resources in Congo that the UPDF High Command, chaired by President Museveni, summoned and reprimanded Kazini for the offence. Odongo said Museveni had directed all officers and men not to engage in business or meddle in the administration of the war-torn country.

Odongo said Museveni sent the order to him, Kazini, the state defence minister and all army units on December 15, 1998. He said Kazini defied the orders and appointed a governor, Lotsove Adelle Mugisa, for Ituri Province on June 18, 1999. It was this creation of Ituri Kibali province, the appointment of a Hema governor and the preferential treatment of Hemas that led to the bloody ethnic clashes in Ituri.


“His actions were not with my express authority. It was not right for him to appoint her. But in a High Command meeting, the matter came up. He was told not to get involved in the administration of the DRC. He was reprimanded for the action.”

Gen. Odongo further said that Kazini was also in charge of the aircraft chartered by the defence ministry to fly troops and equipment to and from the DRC. Odongo held a UPDF officer, Major Musinguzi Katafiire, accountable for supervising the flights out of the Entebbe airbase during the operation.

Unknown to Gen. Odong, Museveni was behind all of Gen. Kaziini’s undertakings. Two months later, in November 2001 Odong was sacked and instead replaced by Gen. Kaziini as Army Commander. Gen. Odong’s sacking came at a time when Museveni was planning an open attack on Rwanda and needed Gen. Kaziini to have full control of the army. The then Army Spokesperson, Phenekasi Katirima issued a statement that;
“Gen. Jeje’s leadership was weak on soldiers’ welfare and discipline in spite of its many achievements. There was leakage of classified army information. There are many reasons why Lt. Gen. Odongo was moved to a new appointment. There was need to heighten discipline and also to improve on the soldiers’ welfare.”

However, this angered Gen. Jeje Odong who during the handover ceremony linkened the blame on him to “………grasshoppers caught in a bottle which eat each other instead of finding out who put them into the bottle.”
He further said that;
“President Museveni, as the commander-in-chief, knows the reasons why the changes were effected.”

Gen. Jeje was later to retire from the army because parliament had rejected his appointment to a cabinet position. But when it came to Gen. Aronda, Museveni stood his ground that Aronda did not have to retire from the army first and indeed Parliament approved him. Since then, Gen. Jeje has held various cabinet positions including the current one of Minister of Internal Affairs.

Under Odong’s docket is the Uganda Police that for over a decade ago had been commanded by the more powerful Gen. Kaleyezi. With the police force directly reporting to Museveni and Gen. Kalekyezi, the defacto Minister of Internal Affairs and number two to Museveni, Gen. Jeje must have suffered the same humiliation as had been the case in the army with Gen. Kaziini. Unfortunately, Odong had spent so much time creaming his face and head and learnt nothing. Recently when Museveni restricted Gen. Kalekyezi’s movements, Gen. Jeje was quick to chest stamp. He told reporters that Gen. Kalekyezi had a case to answer. He said that it would be laughable if there were no reasons for which Kayihura and other top police officers were arrested and detained.
“It would be preposterous, really preposterous, for me to walk into your house and pick you for no cause at all. The fact that my colleagues, police officers have been brought in for questioning, presupposes that there is a prema facie problem.”

A few days later he addressed Parliament over the long detention without trial of Gen. Kalekyezi. He responded thus;
Kayihura.
“There is this requirement, but sometimes by nature of the matter at hand, it may not be easy to fully, fulfil that requirement, and so sometimes we will request your indulgence and understanding,”

However, he must have been grilled by the power that be because two months later in August while addressing reporters he declaimed to comment on Gen Kalekyezi”s continued detention.
“I am always careful because to prematurely talk about it could be misconstrued.”

Now, that Gen. Kalekyezi is off the hook, what happened to the earlier “primafacie case” that had been disclosed by Gen. Jeje!!!!
Will Gen. Jeje Odong be dismayed if tomorow he is required to handover the Ministry of Internal Affairs to Gen Kalekyezi!!!
If Gen. Odong learnt nothing from his working under the Musevenism, then he is an idiot!!! 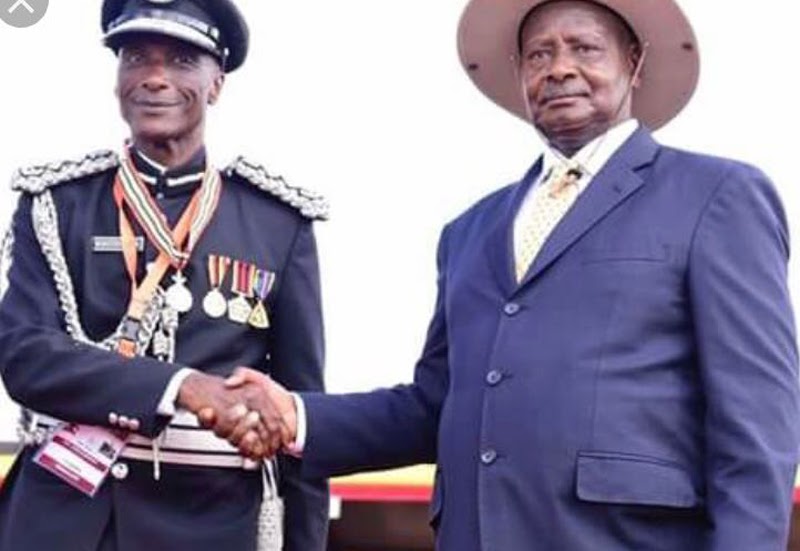 « EDUCATION: Especially for Ugandans, here is an opportunity (Previous News)
(Next News) Trending Uganda has uploaded a new video on YouTube »