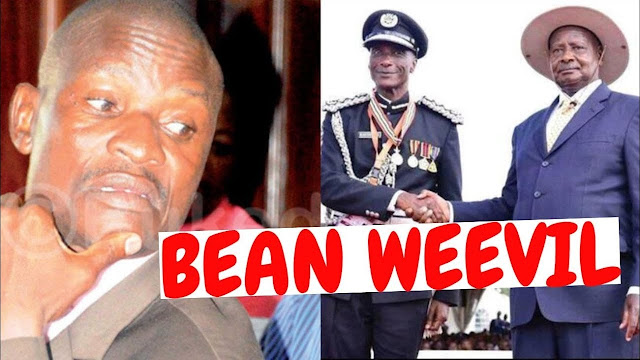 MUSEVENI CALLED OBOTE A GHOST AFTER ALL HE DID FOR HIM

In Uganda under Obote 1, things were run on a national basis and were centrally controlled by civil servants,  who were nonpartisan.

A classic case to illustrate how things worked and how corruption was kept at bay and how even Obote could not bulldoze his way into allocation of study programmes,  I will refer you to the case of Yoweri Museveni…..

Museveni passed his A levels and was admitted to study Law at makerere university subject to passing the nationality test. Remember,  refugees were not allowed to do Law and political science at Makerere

Originally,  to enter makerere university,  all candidates had to pass the nationality test.  You had to provide 10 graduate tax tickets of your father. Museveni could not provide them. Though a DP supporter at the time,  he looked for the PM, made an appointment and he put his request for help to join makerere university even though he couldn’t provide 10 graduate tax tickets required.

A board was called and a meeting held.  The agenda was Obotes request to help museveni. The board simply came up with a way through the impasse.  Museveni was requested to provide 5 graduated tax tickets instead of 10 and a message was sent to Obote that this was a one off because of his request.

Museveni could not provide the 5 tickets.  He didn’t have even 2 or 1.

To avoid any further embarrassment, Obote shifted his attention to Nyerere. Obote then begged his friend Nyerere if he can help museveni to join the University of Dar as a one off.  Nyerere asked why can’t he get to makerere.  Obote explained that the chap could not pass the stringent nationality test.

Nyerere told Obote that he will try his luck by talking to the authorities at the university.  That is how he entered the university of Dar.

By that time,  the academic year had already started and museveni had to spend a whole year out of school because he could not get admitted on time.  He was then recruited to work in the intelligence for one year as he awaited joining the university of Dar.  That is why he was a year behind the Eriya Kategaya’s even though they did A levels together.

So,  those who say that the central scholarship committee were offering scholarships to UPC party members say these things out of ignorance.  Those days,  things were so tight.  You either went through on merit or you didn’t.

Museveni does not want to be reminded of that story and that is why this man hate Uganda so much.  He hates and went out to destroy:

1. Makerere university as an independent institution

2. The civil service in Uganda that was nonpartisan and strict

3. End the graduated tax system as a way to allow Rwandan refugees to hide and present themselves as Ugandans

4. Repeal the immigration law the stated that Rwandan will remain refugees in Uganda and their children regardless of how long they have lived in the country and that they should be repatriated once Rwanda is at peace.

5. The writing of a new constitution in 1995 with Banyarwanda as a new indigenous community

6. Destroy the central scholarship committee and then set up a secret scholarships programme in state house to support the Bahiima and Banyarwanda-Tutsis. As of recent,  we had 5 different government departments handling different scholarship programmes.

Do you remember the Anti Sectarian Law and why it came into effect?

SOUTH SUDAN: That was a very short lived ceasefire!