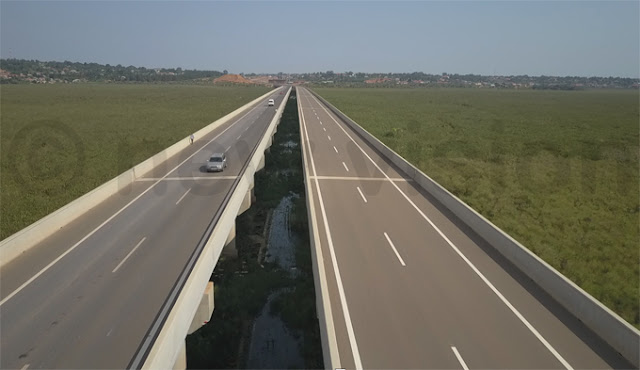 Cpl Michael Ssewanyana and Cpl Badru Kayongo were arrested a fortnight ago.

They were arrested while orchestrating an illegal operation in Katale-Kikajjo, Wakiso District.

The two soldiers were produced in court in Mpigi District and remanded on armed robbery charges.

Three other soldiers are on the run over the same matter.

Kampala Metropolitan Police spokesman, Luke Owoyesigire, said most of the robbery victims are motorists who have been using the highway illegally since it hasn’t yet been officially opened.

He said the suspects have been carrying out robberies at Katale, Kinawa, Kikajjo and Nateete areas.

UGANDA: Parents abandon kids at Martyrs shrine Namugongo – JUST TO AVOID BEING ARRESTED FOR NOT FEEDING THEIR KIDS