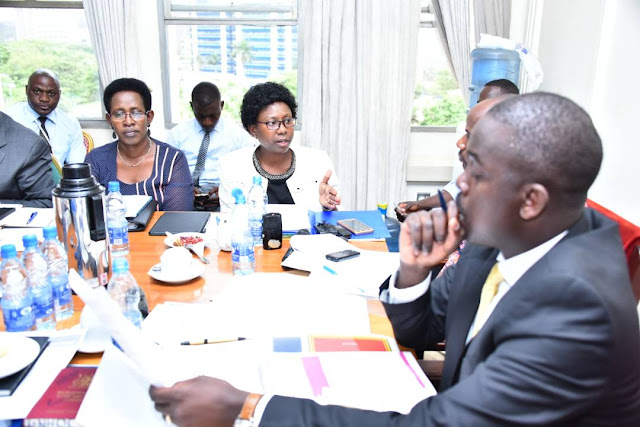 KAMPALA (@UG_EDGE) – The Ministry of Health needs an additional shs700 million for 14 regional referral hospitals and Health Centre IVs to cater for maintenance of oxygen plants.

Appearing before the Parliament Committee on Health, the Minister of state for Health (General Duties), Dr Ruth Aceng said with the funds and better oxygen plants, there would be a reduction in deaths due to lack of oxygen.

The Minister made this clarification after MPs raised concern following the death of babies as reported in media on 4th April 2018.

The media reported that three babies died due to lack of oxygen at Kawempe Referral Hospital, which is currently handling Mulago National Referral Hospital’s obstetrics and gynecology department.

According to the reports, the three pre-term babies died after the oxygen in the cylinder they were sharing got used up.

Aceng clarified that the babies did not die due to lack of oxygen but due to an accident that occurred while switching the oxygen cylinders.

“It was unfortunate the 54 year old lost two of her children. The process of changing the oxygen cylinders from one to the other and disinfectant medication for premature babies was lacking at that time,” she said. AUTO – GENERATED; Published (Halifax Canada Time AST) on: April 11, 2018 at 03:32PM

Did you find apk for android? You can find new Free Android Games and apps.
Sharing is caring:
museveni, healthcare, nrm, UGANDA, Health ministry wants Shs700m to cater for oxygen plants Health and Fitness No Comments » Print this News