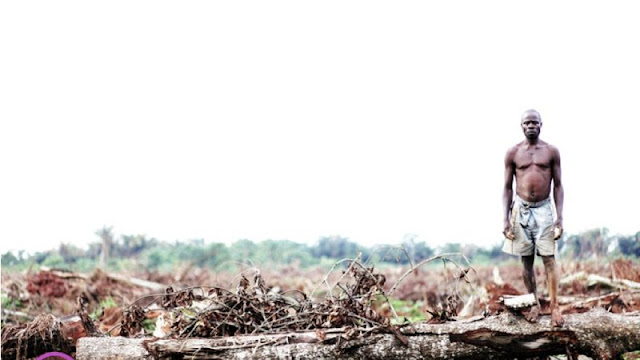 Before the bulldozers came, Magdalena Nakamya harvested coffee, cassava, avocado and jackfruit on her three-hectare (seven-acre) plot on Kalangala, an island in Lake Victoria. But on a July morning in 2011, Nakamya, 64, awoke to find yellow machines churning up her land and razing the crops she had grown in a bid to make way for palm oil plantations.

KAMPALA (BLOOMBERG): Uganda began handing over tracts of land for palm-oil production to Wilmar International Ltd’s local unit, removing the final hurdle for an expansion project that’s been delayed for almost a decade.

The government in East Africa’s third-biggest economy started allotting the land on Lake Victoria’s Buvuma Island in the last quarter of 2017 to Bidco Uganda Ltd, which plans a second nucleus palm-oil plantation.

The state is procuring land on behalf of the company to hasten the process. Uganda imports about 200,000 metric tons of palm oil annually, mainly from Malaysia and Indonesia. Palm oil is used in a wide range of products including food, soap, cosmetics and biofuels.

Bidco expects to receive 4,000 hectares (9,880 acres) for its second plantation, where it will begin establishing nurseries for trees that will start producing in three to four years, according to Managing Director Rao Kodey. The company already has 6,200 hectares of palm-oil trees on Bugula Island.

The company partly owned by Bidco Oil Refineries Ltd of Kenya and Josovina Commodities Pte Ltd of Singapore ultimately expects 6,000 hectares of land, he said by phone from Jinja, northeast of Kampala.

“The process involves willing buyer and willing seller,” he said, declining to say how much land the company has received so far.

Smallholder farmers on the island may plant a combined 4,000 hectares, he said. That’s in addition to another 4,500 hectares by contract growers on Bugala Island. The state-run Vegetable Oil Development Project said in January the government planned to give the company 5,000 hectares for the US$70 million Buvuma farm and refinery project.

On 19 February 2015, three Ugandan farmers from Lake Victoria’s Bugula Island, Kalagala District, backed by the National Association of Professional Environmentalists (NAPE) and Friends of the Earth, brought a lawsuit on behalf of their community against Oil Palm Uganda before the courts of Masaka, Uganda, over alleged land grabs.