UGANDA: Govt carries out fake arrest of soldiers who beat up lawmakers 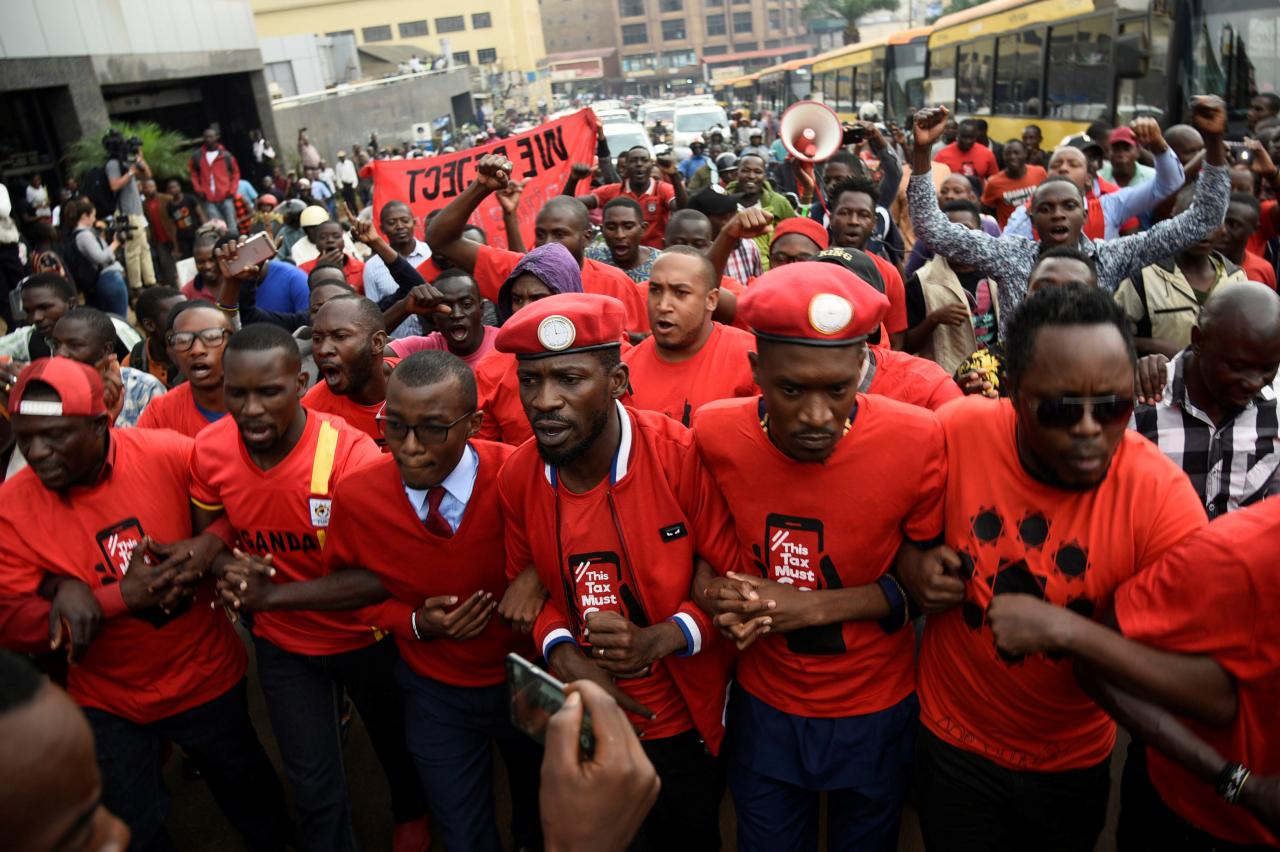 KAMPALA (Reuters) – Soldiers involved in the beating of Ugandan lawmakers and civilians over their alleged role in a stoning of President Yoweri Museveni’s convoy have been arrested, the army said on Tuesday.

Supporters of an independent candidate contesting a parliamentary by-election threw stones at Museveni’s motorcade on Aug. 13 as he was leaving the town of Arua after campaigning for a ruling party candidate.

Songwriter Robert Kyagulanyi, who is also a lawmaker, was among dozens of people detained shortly afterwards on suspicion of taking part in the assault on the convoy. Their lawyers and others have said the detainees have since been beaten and tortured – accusations the government has rejected as “rubbish”.

“We have apprehended all the (soldiers) who were involved in the incidents and they have been brought to book,” army spokesman Richard Karemire said. He declined to identify the detained soldiers, say how many had been arrested or when their cases would be heard.

In a letter to Museveni dated Aug. 27, parliament speaker Rebecca Kadaga had called for the arrest of security personnel involved in the suspected beating and torture of 33 people after their arrest over the convoy incident.

“I am concerned that no effort has been made to arrest the security officers from the (Special Forces Command), Military Police and Uganda Police Force who were involved in the violent actions against unarmed civilians,” Kadaga wrote.

“This is therefore to demand that the officers concerned be apprehended at the earliest opportunity and presented in court. The Uganda parliament will not condone or acquiesce in acts of torture.”

The arrests sparked two days of anti-government protests in the capital Kampala and other towns last week.

Protesters and opposition supporters accuse Museveni, president of the East African country since 1986, of stifling dissent through intimidation, beatings and detentions, charges which his government denies.

On Monday a Ugandan High Court granted bail to all 33 people arrested over the stoning.

Presidential spokesman Don Wanyama could not confirm whether Kadaga’s letter had reached Museveni but said the issues it purportedly raised had been addressed. “It was President Museveni who was the first to condemn the violence and shooting of civilians during and after (the by-election),” he said.

“He ordered the arrest of police officers who shot dead a civilian in Mityana Town,” Wanyama said, adding that the president would respond once he received the letter.

It was the second time Kadaga had written to Museveni demanding action over assaults on parliamentary deputies.

Last year when soldiers attached to Museveni’s office stormed parliament and beat up lawmakers during a debate on scrapping the presidential age limit, Kadaga protested to him over the incident, Ugandan media reported.

The presidential age limit has since been removed, opening the way for Museveni – now 74 – to seek re-election in 2021.

Did you find apk for android? You can find new Free Android Games and apps.
Sharing is caring:
politics, UGANDA Uganda, Politics Comments Off on UGANDA: Govt carries out fake arrest of soldiers who beat up lawmakers Print this News

« UGANDA: To what extent is “Kenya” financing riots in Uganda? (Previous News)
(Next News) UGANDA: Govt carries out fake arrest of soldiers who beat up lawmakers »