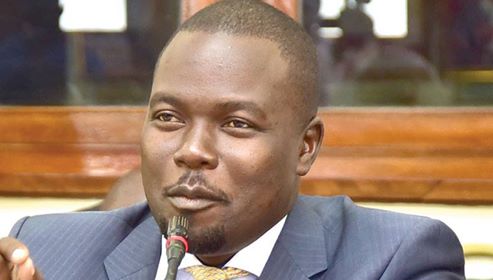 CHANGE OF GUARDS – “I am speaking to you because I know you are my shield, and I have
to be honest, my church told me to be honest.
I have told this to the President – I am not scared if calling a spade,
a spade.  If we don’t restrain, if we
don’t control our greed on how we use public resources, how we steal with
impunity, then Ugandans will push us out of power and that will be another
transition.  The hills of Kampala are
expanding with buildings yet the schools and health centres are shrinking,
where do people get this money from?  And
who are the owners of these structures ee see?
Commissioners, Directors, Ministers, M.Ps …. so, people get
disgusted.”
Richard Tadwong – the Museveni regime party Deputy Secretly General,
addressing the Interreligious Council if Uganda conference in Entebbe recently.
In February 2018, Museveni issued a stern warning to religious leaders
against cautioning his military dictatorship.
At a public function in Fort Portal he warned thus; “The religious
leaders have been provoking us and me in particular, they should stop.  I don’t want people to lecture me about what
to do for Uganda.”
Two months later Bishop Lwanga of the Catholic Church accused Museveni
of planting spies in the church to report on the said Bishop’s alleged plots to
overthrow his (Museveni) government.  Two
weeks later, Richard Tadwong who is a very top regime official is invited by
the church to make “subversive” remarks!!!! 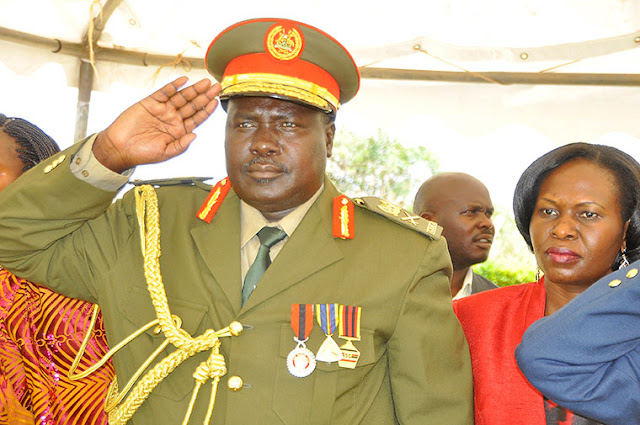 Richard Tadwong is a brother to Gen.
Charles Otema Awany the Commander of the non-existent Reserve Force. The
Gen. joined the NRA from the UNLA after Museveni captured power in 1986.  He spent the better part of his service under
the Directorate of Transport where he amassed a lot of ill gotten wealth.  He rose to become the Commander of the Gulu
based 4th Division.  Being his home
district, it was during his tenure as Division Commander that he ventured into
active partisan politics.
In February 2002 he lead troops that stormed Gulu Prison where he
ordered the extra judicial killing of Peter Oloya, an opposition activist.  In 2009 the High Court inquiry found him
culpable of this murder but Museveni shielded him from prosecution.
In 2008 Acholi leaders accused him of undermining the peace process
when he allegedly threatened to kill the leader of LRA, Joseph Kony.
In February 2016 the Electoral Commission ordered the Police and the
Election Returning Officer in Gulu to inquire into Gen. Otema’s alleged
involvement in campaigning for Museveni, intimidating the opposition supporters
and bribery of voters.  As expected, the
matter was swept under the carpet since all army officers were doing the same
in their respective areas of command.
However, during the same time Gen. Ssejusa was arrested and arraigned
before the court martial on accusations of involvement in partisan politics
just because he had associated himself with the opposition.
In January 2017 Gen. Otema was moved from the prestigious position of
Chief of Logistics to the position of Commander of the non-existent Reserve
Force.
Gen. Otema has also been instrumental in land grabbing in northern
Uganda.  He uses soldiers who are
permanently guarding his 8,000-acre farm in Nwoya district to harass,
intimidate and maim the victims.
As Richard Tadwong put it, the Museveni reign is characterized by
nepotism.  Nepotism plays a supplementary
role in the rise of both Tadwong and his brother Gen. Otema.  Obviously, the regime is shocked by Tadwong’s
courage to publicly state the obvious.
He must have first discussed it with his elder brother, Gen. Otema who
gave him a go-ahead.
The development comes at a time when northern Uganda is threatening to secede
from Uganda.  In December 2017 Hon.
Reagan Okumu told Parliament thus; “My people have said that we either go
federal or we secede from this country.
You have sat on us for a long time.”   He was supported by the majority of M.Ps
from northern Uganda.  Indeed, different
statistical findings have indicated that the region is lagging in many
aspects.  In the late 1990s Museveni
regime’s chief ideologist, Kajabago Karusoke described the people of northern
Uganda as mere “biological substances”.
To make matters worse another Luo, Ofwono Opondo who heads the
government Media Centre and also doubles as the Deputy regime party Spokesman
vehemently supported Tadwong’s assertion.
He said; “There is nothing strange in what he is saying.  The truth of the matter is supervision in
government is weak, if not absent – even in NRM, supervision is not there.  NRM has failed to supervise the government,
and if we in the NRM and government don’t raise these issues, then we shall
cede to opposition propaganda.”
Over to you comrade Tadwong, get ready for disciplinary measures for
“talking in the wrong forum”.
For Ofwono Opondo, it will be by God’s grace if you survive the incoming
clean-up.  For Gen. Otema, it’s high
treason to incite your brother to caution the system that has ” made you
what you are”.
INFORMATION IS POWER AND THE PROBLEM OF UGANDA IS MUSEVENISM.
Did you find apk for android? You can find new Free Android Games and apps.
Sharing is caring:
museveni, human rights, land grabbing, corruption, nepotism, impunity, theft, Forced evictions, NRM thugs, Gen. Otema-Awany, Tadwong Opinion, Special Report, Politics No Comments » Print this News

UGANDA: Why Uganda elites should be held in Congo’s Ndolo Barracks