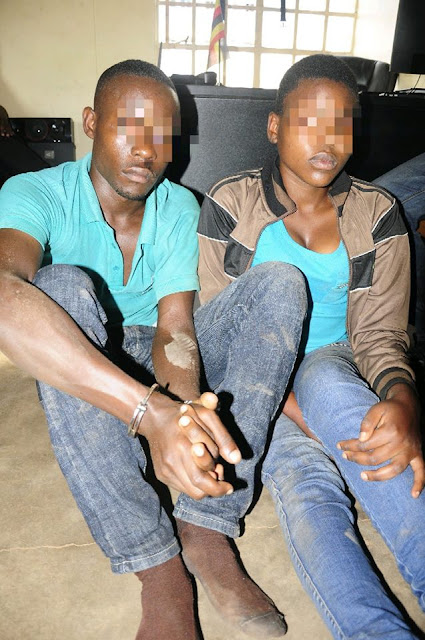 KAMPALA (@UG_EDGE) – Police through its Flying Squad Unit have arrested a 19-year-old Peace Ansimiire, a daughter to Rev. Fred Muhwezi of West Ankole Diocese for faking her own kidnap.

Ansimire, alleged to have been kidnapped in Bushenyi district was found in Kasubi, Rubaga Division where she was living with her boyfriend.

Ansimire and her boyfriend had wanted to get Shs3.5m from her parents through pretence that she had been kidnapped for a ransom together with her 22 year old boyfriend identified as Julius Atwebembire.

They intended to use the ransom money to start a craft shoes business in Kenya and later get married when they have amassed enough funds from their business.

The suspects claimed the remaining money was used to buy a smart phone which was being used for communication.

Upon questioning our teams discovered that one of the suspects identified as Atwebembire has been running a fake Facebook page named Hillmark Consultants claiming to help secure jobs for unemployed people in Canada. He has been charged on another account of electronic fraud. —— AUTO – GENERATED; Published (Halifax Canada Time AST) on: April 27, 2018 at 02:01PM

Did you find apk for android? You can find new Free Android Games and apps.
Sharing is caring:
crime, UGANDA Uganda, Crime Comments Off on UGANDA: Flying squad arrests Reverend daughter for faking own kidnap Print this News