UGANDA: “Criminals” demand for 520 women and 20 boobs of elderly women 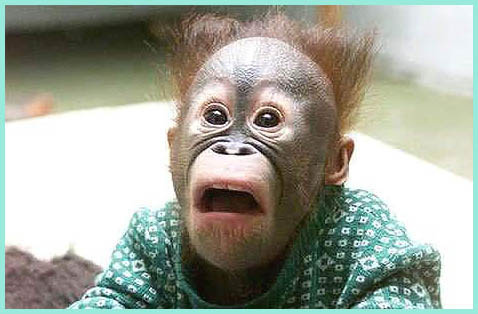 JINJA (DAILY MONITOR) – Tension is high in Jinja District after anonymous leaflets were at the weekend dropped in five Villages by thugs threatening to attack residents.

The leaflets were reportedly dropped in the Villages of Wakitaka, Kaitabawala, Namulesa, Lwanda and Sakabusolo; all located in Mafubira Sub-County – about 11 kilometers from Jinja Town.
The Mafubira Sub-County LCIII Chairman, Hamis Kiganyira, on Tuesday said the leaflets are demanding for both money and women.

“The thugs have asked residents to avail them with money while other letters have demanded for a total of 120 young women from both Namulesa and Wakitaka Villages, 20 breasts of elderly women from Lwanda Village and 400 wives from Kaitabawala Village,” Mr Kiganyira said.
Mr Kiganyira added that the leaflets, which have been circulating in the area since Sunday, are targeting him as well and have triggered fear among residents despite police intervention.

“On Monday, I was with the Jinja District Police Commander (DPC) at one of the grounds where leaflets were dropped to ascertain their source but the residents, especially the old women, potentially from whom the 20 breasts are being solicited, are living in fear,” Kiganyira said.
The Jinja DPC, Rasul Anguyu, confirmed the visit to the area to verify the information but declined to divulge details.

According to Mr Kiganyira, attacks on the residents started prior to the dropping of these leaflets.
“We have so far arrested two suspects for their alleged attack on a resident of Wakitaka Village only identified as Majid who was found in a shop and cut with machetes. The suspects are currently being detained at Jinja Central Police Station,” he said.
Mr Kiganyira suspects the author(s) of the leaflets to be residents of the Villages because, “some of the information in the leaflets seem to be very clear”.

As a preventive measure, Mr Kiganyira says, a 30-man committee has been constituted to beef up security across the Villages while residents have resolved to hand over to police any unknown person caught loitering in their Villages at night.

While Mr Buwabe is an influential businessman owning over 250 acres of sugarcane and was solely responsible for the construction of the area Mosque, residents suspect Mr Kibita is being targeted because his son allegedly deserted from the UPDF. This reporter could not verify these reports by press time.
Suleiman Musoga, a resident of Mafubira, is worried for the safety of his family, calling upon the government to put a curfew in place.

“They should pass a resolution that nobody should loiter around the Villages at a specific hour of the night or else that person will be arrested. Hopefully, we shall be safe,” he said.
Another resident who declined to be named asked for reinstating of ‘Operation Wembley’, a security outfit that fought urban crime countrywide in the 90’s.

“Also, I have noticed an influx of vehicles with tinted windows. I don’t think we are safe with these vehicles in our area especially during the rampant kidnappings,” he said.

The Kiira Region Police Commander (RPC), Onesmus Mwesigwa, on Tuesday said police are in control and have beefed up security in the area to prevent any danger to residents by the purported thugs.
“We are already on ground to curb any nonsense threatening people in that area,’’ Mr Mwesigwa said before referring the matter to the regional police Spokesperson, Diana Nandaula who is on study leave.

The dropping of anonymous and threatening leaflets in Jinja comes barely a year after almost a similar scenario happened in the greater Masaka.

Thugs dropped anonymous letters warning residents around Masaka Municipality to prepare for them money or risk being killed, forcing some residents to abandon their homes.
The wave of crime left scores hacked to death and several others injured. —— AUTO – GENERATED; Published (Halifax Canada Time AST) on: May 22, 2018 at 03:40PM