Who stole Crane Bank? At what cost did the thief sell it to Dfcu Bank? These are some of the questions that have troubled analysts after Bank of Uganda took over the former third biggest bank in the country, however, some behind the scenes fraudulent acts have finally come to light.

A leaked agreement between Bank of Uganda and Dfcu bank, shows unbelievable fraud with recklessness abandon orchestrated by the most senior Central Bank bosses.

The fraud was so deliberate that the sale agreement did not specify the amount of money Crane Bank was sold, against the law which requires the public institution to specify when it enters into agreement of such a kind with a private institution.

The agreement which excluded shareholders of Crane Bank contrary to the Financial Institutions Act exposes the intent to defraud in connivance with Dfcu bosses.

On January 25, 2017, four people sat down and agreed to sell and buy Crane bank. Since all of them knew what they were doing was illegal, they even signed an agreement where they all swore to keep secret the transaction as long as they lived.

At the centre of the fraud was Mr Emmanuel Tumusiime Mutebile himself the governor of the Bank of Uganda; Margaret Kasule, BoU’s executive secretary; Juma Kisaame, the managing director of dfcu Bank and William Sekabembe the executive director.
In the Agreement document titled, “Purchase of assets and assumption of liabilities agreement” two Bank of Uganda officials even promised dfcu Bank protection from any claims by anyone after the illegal sale of the bank with assets valued in the excess of Sh1.3 billion.

“The receiver (Bank of Uganda) shall indemnify the buyer, hold harmless and defend the buyer from all losses, claims, and legal cases and the buyer shall be entitled to take out third party notice against the receiver where liability, losses, demands, claims and/or obligations arise against the buyer after the asset purchase in any matter in which the transfer of any of the assets or liabilities is challenged.”
The seller and buyer however don’t state the value of liabilities assumed by Dfcu or the value of assets taken over by Dfcu, neither does it show how the liability was arrived upon or assets were valued. To make matter worse, not even the list of assets is stated apart from the 56 buildings which houses Crane Bank branches.

Bank of Uganda bosses also added that they would use the bank’s privileged position to force dispossession of assets from the former owner.

The agreement says, “the buyer shall inform the receiver as soon as any adverse claim is brought, and the receiver shall have the authority at its expense, to conduct the defence of the claim whether in its or in the buyer’s name.”

BoU bosses went ahead to give Dfcu assurance that it would assist the buyer enforce transfer contracts from the former Crane Bank owners.

The Bank of Uganda is not by law mandated in selling or buying of banks but regulating them. Not surprising, the four people swore secrecy that the details of this sale shall never be known to the public, unless they have all once again agreed to do so.

Unfortunately, the cat has been let out of the bag.
The conspiracy to sell Crane Bank to dfcu is no more secret after the agreement was leaked by a whistleblower, exposing the behind the scenes deceit, greed and dirty hands which robbed the third biggest bank when it was declared in receivership.

To prove the parties involved knew what they were doing was criminal, they even went ahead to sign an agreement clause denying either party to claim innocence.

“Each party agrees that it shall have no claim for innocent misrepresentation or misstatement based on any statement in this agreement.”
BoU didn’t protect employees of Crane Bank as had promised by the central bank.

Dfcu bank went ahead to lay off CBL employees after the take over was complete, knowing very well that the central bank would not interfere in the process, as stated in the sale agreement.

“The buyer will determine in its sole discretion whether it will continue to offer employment to the employees and in the event that the buyer opts to terminate or render redundant any employee within a period of 2 (two) months from the completion date, the receiver shall meet the terminal benefits payment of such employee including indemnifying and holding the buyer harmless against any claim by any employee in relation to the said termination or redundancy.”

When it came to properties which were occupied by Crane Bank but owned by Meera Investments, the agreement went ahead to assure Dfcu that it would “enjoy quiet possession” of Meera property as “lessee, free from interference of the reversioner”.

Dfcu last year bragged in a report to its shareholders that it got the assets of Crane Bank at a giveaway price. Indeed, the agreement shows that Dfcu got a bank with assets valued at Sh1.3 trillion for just Sh200 billion. To prove to its shareholders that this was a fat deal, Dfcu reported after three months of taking over the assets of Crane bank that its profits had jumped from Sh31 billion to Sh150 billion. 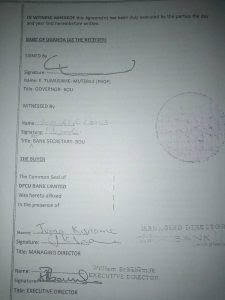 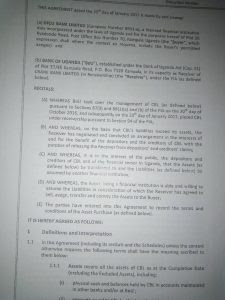 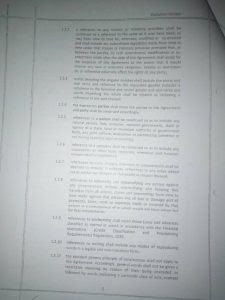 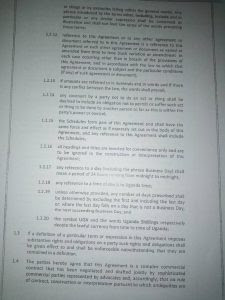 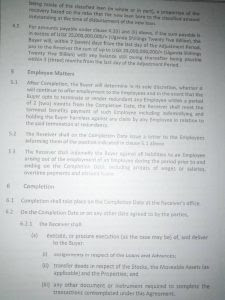 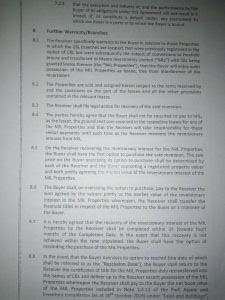 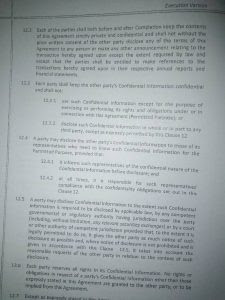 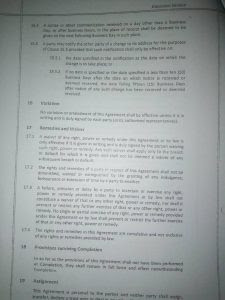 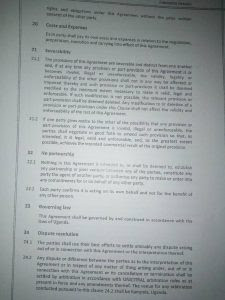 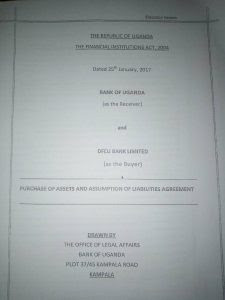 UGANDA: Presentation on the Economic Crisis in Uganda to the UK Parliament

UGANDA: Notice to Museveni supporters, you will be denied asylum