UGANDA: Are the country’s doctors lazy? 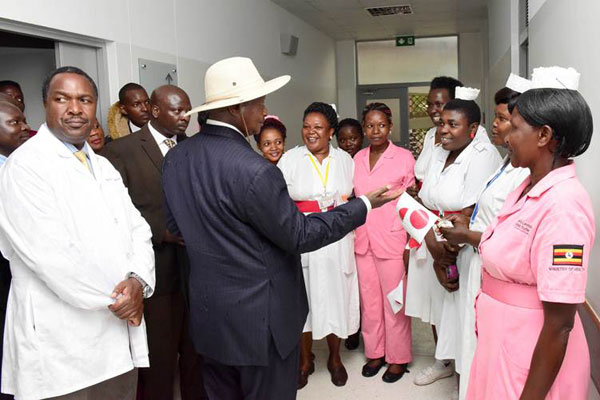 They say doctors are lazy.

I can confidently say 98% of doctors are not lazy.

It’s such hard work not only getting to, but going through med school which usually weeds out the lazy ones. The training is that intense.

Medical work should be contextualized by our patients and society.

If you come to me after a boda boda accident in medical shock due to bleeding;

1) I will need gloves to work on you. I have no gloves because government bought no gloves (it believes those nice huge black cars and the tinted police cars are more of a priority.)

but I won’t fret. Just give me gloves and I’ll work with only that.

But there are no gloves.

2) I will want to clean your wound using antiseptic and gauze so that I examine its extent.

There is no gauze. There is no antiseptic. Even the spirit you use at home to treat your kid’s bruises.

At times not even running water.

But for some reason we must have 11 million crime preventers paid by government as a priority.

3) Because you are in shock, I will need to urgently put up IV fluids or else you will die within 30 minutes.

Each bottle of life saving IV fluids will cost around 400 shillings if government bought it in bulk.

Yes, 400 shillings to save your life.

Guess what… not available.

Instead it is priority to give those who “saved Uganda from oil companies dodging tax” a “reward” of an average ugx 150 million each.

Of course you also will need the cannula, the Giving Set and syringes to actually make the IV flow.

But all I ask for right now is the IV fluid.

We shall innovate and “yiiya” how to put this life saving fluid into your veins.

4) So you have fluid and are stable, we ask for blood because you have bled profusely.

This one I will not blame govenment.

But the nearest blood bank is 180km away. So i will request an ambulance to rush there to pick it.

No ambulance. No fuel. No servicing it.

It isn’t too costly to also put mini blood banks near the population.

But no… priority must be to have many presidential advisors, RDCs, DISOs, PISOs, etc who all must have huge cars instead.

I need sutures and anaesthetic so you don’t feel pain. Of course and gloves; and gauze; and antiseptic; and…. you get the drift…

6) I’ve stabilized you by giving fluid and stopping the bleeding. The emergency part.

Now let’s check if you are bleeding internally etc.

Yup, you guessed it, no power. No equipment.

At this point, I will therefore refer you to Kampala.

I shouldn’t really. I can work on you just fine.

But my hands are tied.

You will say I am lazy.

Government will say i am lazy.

Your people will say i am lazy.

7. Before you go to kampala, I give you a shot of tetanus toxoid. A form of vaccine to prevent you getting tetanus from your wound .

Then I go to work on another patient.

The line is long.

Patients are complaining and angry.

But I will go again tomorrow.

This was my daily life from 2001 when I first entered a Ugandan hospital ward all ready to save the world, until 2011, when I decided to quit in frustration.

I am writing this in a Toronto hotel.

I now work for an international organization. I fly back and forth from uganda to a number of developed and developing countries. This is called external medical brain drain.

I also put up private clinics back home in Kampala in an attempt to at least provide higher quality health care to at least some Ugandans. This is called patriotism.

But because I am a Ugandan investor, I do not benefit from free land, tax free etc that my foreign colleagues eg Aga Khan (worth 4 billion usd) and Indian health care “investors” benefit from. This is called De-incentivising local industry.

I personally hire doctors and nurses who ideally should be helping the masses. This is called internal medical brain drain.

The challenges that we lazy doctors face are many, complex and multifactorial.

We do not decide to strike easily. We know the consequences of our actions.

We only pray that health care is prioritised in a way that will fundamentally impact the health of the Ugandan citizen.

The emblem on your passport must at least give you the right to health…not earn you ridicule on some late night US comedy. —— AUTO – GENERATED; Published (Halifax Canada Time AST) on: May 04, 2018 at 02:01PM