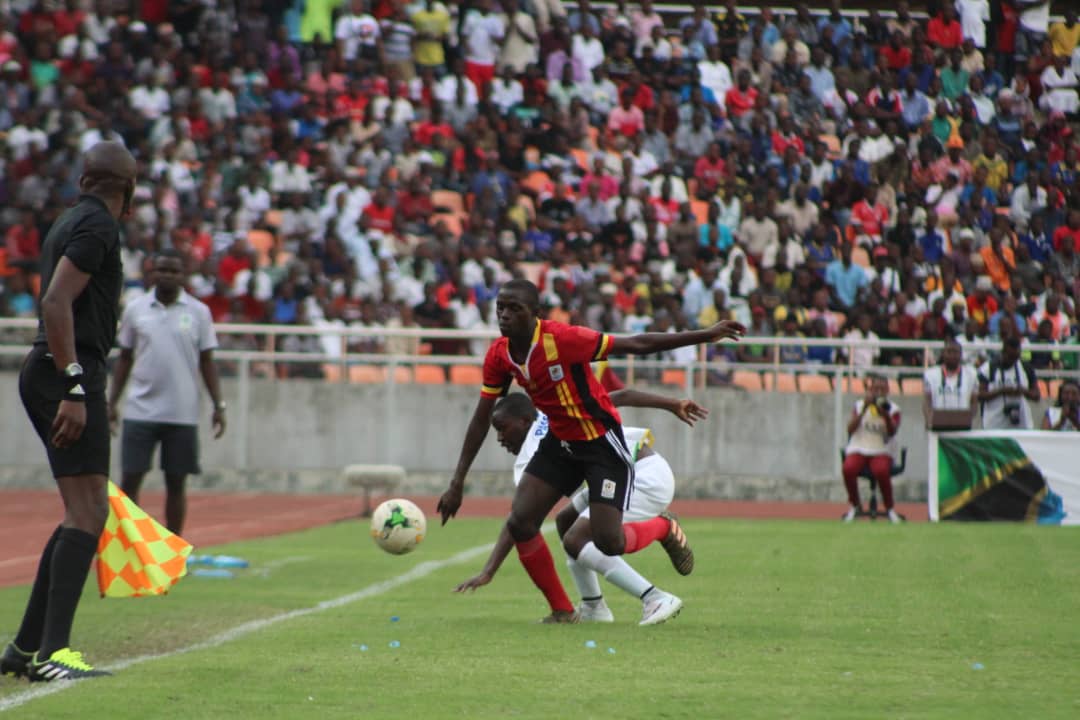 Uganda Cubs, following a successful run in the group stages of the on-going CAF U17 Zonal AFCON Qualifiers in Dar es Salaam, passed the second final stern test against Tanzania on Friday.

IDD Abdul Wahid scored the first goal in five minutes of the first half to give the Cubs an early lead.

The second half gathered steam on the 77th minute when Ibrahim Ekellot [John Alou ?] scored a goal to separate the two sides.

Amiri Njiru sealed the deal for Uganda in the 90th minute to sail through to the finals.

Despite losing 1-0 in their opener against Ethiopia, the Uganda U17 team regrouped with another set of ideas all aimed at picking maximum points from their opponents that followed.

The Cubs indeed delivered with emphatic wins over South Sudan (6-1), Kenya (3-1) and Djibouti 8-0 to qualify for the Semi-finals.

The match (Tanzania U17 vs Uganda U17) comes barely two weeks before the senior teams of the two Nations face off in the AFCON 2019 Qualifier at Mandela National Stadium on 8th September 2018.

Uganda finished second behind Ethiopia whereas hosts Tanzania beat Rwanda in their final match to take up the first position of group A.

Did you find apk for android? You can find new Free Android Games and apps.
Sharing is caring:
UGANDA, Sports Uganda, Sports No Comments » Print this News

BUSINESS: “Satisfied” and “inspired”: All the ways African leaders praised their alliance with China