MOSCOW (Sputnik) – Ankara on Monday ordered the arrest of Islamic cleric Fethullah Gulen along with seven members of his Fethullah Terrorist Organization (FETO) over the killing of Russian Ambassador Andrey Karlov, who was assassinated in 2016, the Yeni Safak newspaper reported.

According to the newspaper, the FETO top figures Serif Ali Tekalan and Emre Uslu Gulen were also among those, sought to be arrested.

Russian former Ambassador to Turkey Andrei Karlov was shot by an off-duty Turkish police officer, Mevlut Mert Altintas, on December 19, 2016, at the opening of an art gallery exhibition “Russia from Kaliningrad to Kamchatka through the eyes of a traveler” in Ankara. The attacker was killed at the scene by the police.

Though the investigation is still ongoing, the Turkish side has repeatedly voiced suspicions that the Gulen movement, considered by Ankara to be a terrorist organization and accused by the authorities of masterminding the 2016 failed coup attempt in Turkey, is linked to the attack.

Besides the Karlov case, Turkey accuses Gulen of a coup attempt that occurred in July 2016. The coup was quickly suppressed by government forces, but over 240 people were killed and an estimated 2,000 were wounded. 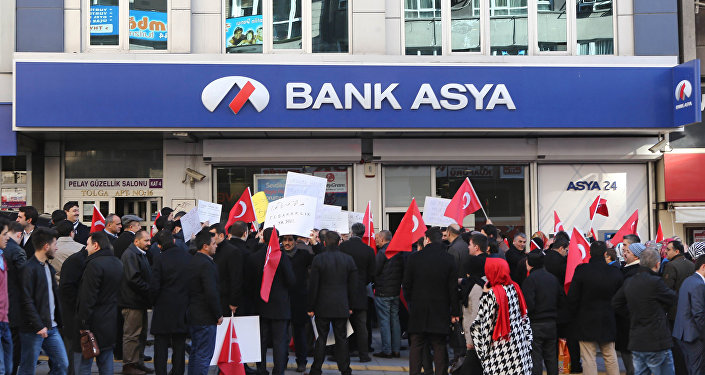 Gulen, who has been living in the US state of Pennsylvania since 1999 and his supporters have strongly denied having played any role in the incident and called for an international investigation.Since July 2016, Ankara has arrestedthousands of public servants, military personnel, education workers, activists and journalists over suspected links to Gulen and his movement.