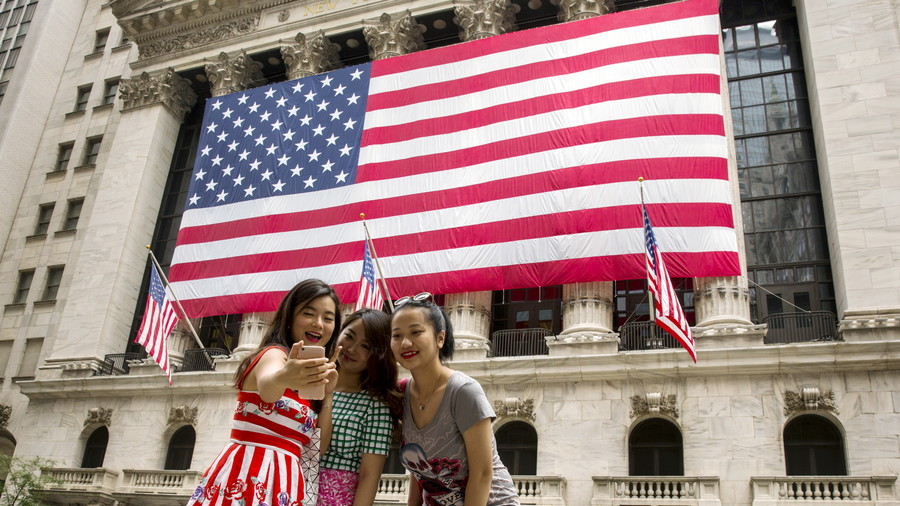 RT – The US market saw a significant plunge in investment from China in the first five months of the year amid a growing trade row between the world’s two largest economies.

Chinese investments totaled $1.8 billion from January through May, representing a 92-percent drop against the same period a year ago. That’s the lowest level in seven years, according to the latest report by Rhodium Group, a research provider that tracks Chinese foreign investment.

Chinese corporations that had been pumping cash into the US to cement ties over a long period have cut their investments in recent years. In 2017, investments declined by 36 percent to $29.7 billion from $46.5 billion during the previous year.

“The more confrontational approach of the Trump administration toward economic relations with China has cast some doubt, in these companies’ minds, about their position here,” said Thilo Hanemann, a director at Rhodium Group, as quoted by CNN Money.

The plunge was reportedly triggered by an ongoing trade conflict between Washington and Beijing, in which the US administration has taken an aggressive stance towards Chinese trade policies. Last week, the White House introduced 25-percent tariffs targeting $50 billion of Chinese imports to the country. US President Donald Trump threatened to hit another $200-billion of Chinese goods with an extra 10-percent tariff after Beijing retaliated.

Trump has persistently slammed Chinese trade practices, calling them unfair. The US president has also accused Chinese companies of stealing American technology and intellectual property. As a part of restrictive measures in March, the US imposed tariffs on imports of steel and aluminum from China along with other countries including India and Russia. Earlier this month, that measure was extended to some of the US’ traditional allies – the EU, Canada and Mexico.

Did you find apk for android? You can find new Free Android Games and apps.
Sharing is caring:
business, world news World News, Business Comments Off on TRUMP TRADE WARS: China cuts US investments by 92% amid escalating trade war Print this News