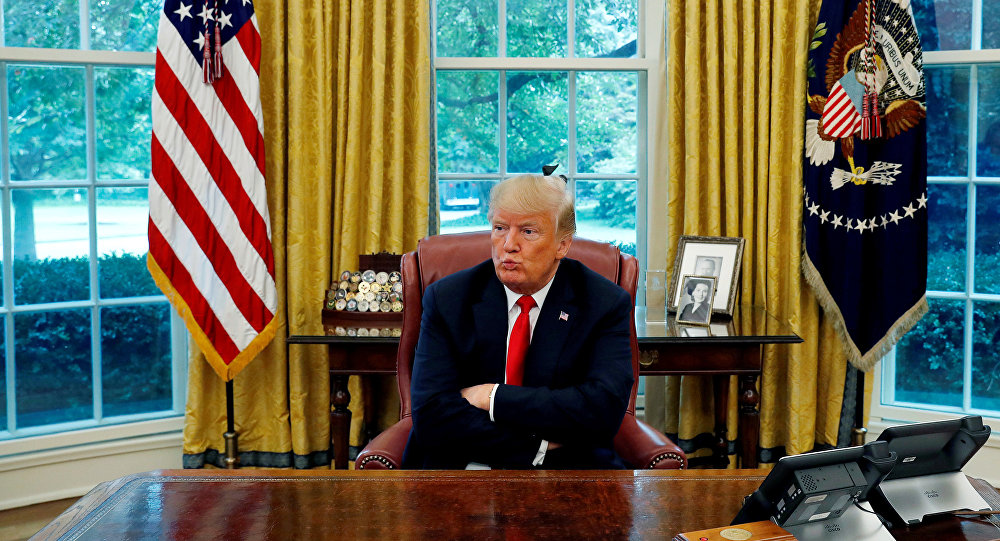 US, Western World Would Benefit from Cooperating With Iran – TFF Director

SPUTNIK – US President Donald Trump told reporters in the White House on Wednesday that Iran’s survival as a country is in doubt and that the country is ‘in turmoil’ according to news outlet Bloomberg. Sputnik spoke to Jan Oberg, Director of the Transnational Foundation for Peace and Future Research, who shared his views on the continuing pressure on Iran.

Sputnik: Can we believe in Trump’s words over Iran’s ‘survival’?

Jan Oberg: No, as many other things we can’t believe in that for the simple reason that he’s wrong when he says that Iran was trying to take over the Middle East one and a half years ago and he’s very wrong when he believes that the way the US treats Iran now will make people split. Under such pressure populations usually back up behind their leaders. Particularly because everybody in Iran will know that if their economy is suffering a large part of the reason is the United States sanctions and these sanctions are based on the breaking of international law namely by the withdrawing of the nuclear deal. So here you basically you have a person and a country that is only destructive to the rest of the world. I find it outrageous that a US President is proud if he can make a country fall apart with 85 million people.

Sputnik: We heard yesterday he is to chair a UN security council meeting on Iran — what will come of this do you think and what will be on the agenda?

Jan Oberg: If you read Bob Woodward’s book on how he administers the White House I don’t think he is able to administer anything at the UN with any kind of elegance and principals. So I would love if it was possible for President Rouhani and President Trump were able to meet each other and informally talk about all of those things. But I can also understand if the Iranians have had enough of these things at this point after all these years of threats and sanctions which have nothing to do with reality and which are just to be grump and nasty to somebody else. The US and the western world would benefit tremendously from cooperating with Iran instead. And cooperation would be the best way to secure that Iran does not do anything that we don’t want or that the West doesn’t want it to do.

Sputnik: It’s not the first time we’ve heard such threatening rhetoric towards a nation from the US President; could we see a U-turn on US policy towards Iran as we saw with North Korea, if Trump and Rouhani were to come to the table?

Jan Oberg: No I think North Korea will see how the United States has treated this very elaborate diplomatic deal – one of the most important in modern history with Iran – so obviously the United States is a country you can’t trust any more.

Sputnik: It’s also been reported that US envoys are to put pressure on India over Iranian oil — do you think this will have much effect?

Jan Oberg: Iran’s oil is about 10-12 percent of India’s oil import. That means [laughs] you’re trying to tell India how to behave and at the same time you want to have an economic relationship with them. I just saw today that the F-16 wings are going to be produced – all F-16 aircraft wings are going to be produced in India’s Hyderabad in future. It doesn’t make sense that you harass people again and again and then want to cooperate with them. It’s a security matter for a huge nation like India. Nobody’s going to crawl on their knees because the United States says don’t do that, don’t do that and don’t do that and do what we say you should do. I find it strange that anybody still believes in this.

The views expressed in this article are those of the speaker, and do not necessarily reflect those of Sputnik.

Did you find apk for android? You can find new Free Android Games and apps.
Sharing is caring:
world news World News Comments Off on TRUMP to chair UN Security Council meeting on Iran – DUCK! Print this News