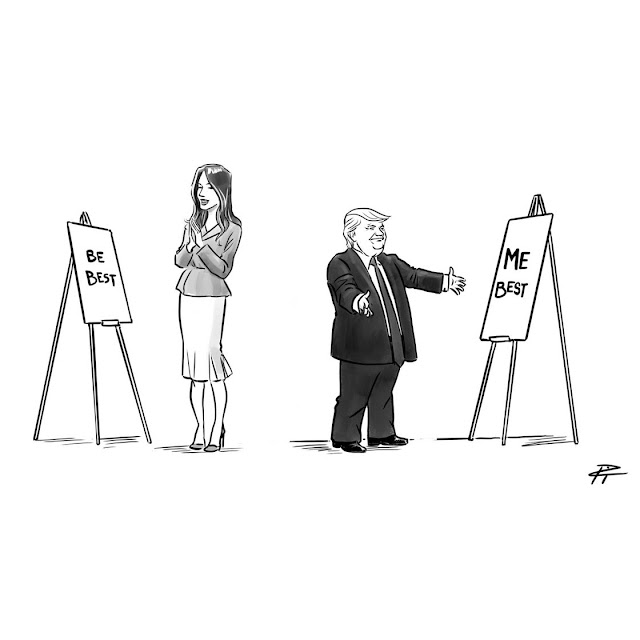 NASHVILLE, Tenn. (AP) — Melania Trump joined in the children’s pastimes of blowing bubbles and playing with trains Tuesday as she promoted her “Be Best” campaign at a hospital and expressed her desire to help educate mothers and children about the dangers of drug misuse and dependency.

The first lady spent several hours at the Monroe Carell Jr. Children’s Hospital at Vanderbilt getting an in-depth briefing from medical professionals on their program to treat babies born with drug dependency, also known as neonatal abstinence syndrome. The program keeps mothers and babies together to improve outcomes.

“My passion is to shine a light on the opioid crisis,” Mrs. Trump told doctors and other staff at the Nashville hospital. “I want to continue to learn and believe in starting early to educate young mothers and children about the dangers of drugs. I believe the more we talk about this, the shame and guilt will go away.”

It was Mrs. Trump’s first domestic trip to publicize “Be Best,” the initiative she launched in May to focus on child well-being, social media use and the opioid crisis.

At the end of a briefing, Mrs. Trump asked the doctors and other hospital staff how she could use her role to help, said her spokeswoman, Stephanie Grisham. 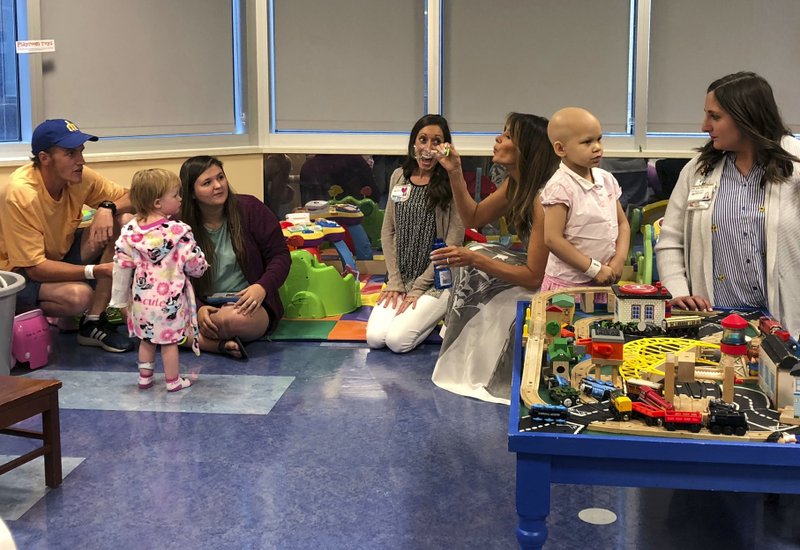 Melania Trump traveled to Nashville, Tenn. on Tuesday, to promote her “Be Best” campaign. She visited children and their families at a children’s hospital in her first domestic trip to highlight the initiative. (July 24)

“She is impressed by their goal here of keeping mother and children together,” Grisham said. Reporters traveling with Mrs. Trump were escorted out of the room before the first lady commented.

After the meeting, Mrs. Trump went to a playroom, where she and Essence Overton, a patient at the hospital, compared fingernails.

“How old are you? What are you playing? You want to show me?” Mrs. Trump said before she took a seat in a child-sized chair to join Essence and other child patients playing with the train. She moved to a corner of the room after a few minutes and began blowing bubbles with another girl.

Mrs. Trump has done little personally to publicize the “Be Best” campaign around the country since she unveiled it at the White House in May.

A week after the announcement, the first lady was hospitalized for five nights for kidney surgery, then spent several weeks out of the spotlight recuperating before resuming a public schedule. She has since made two trips to the U.S.-Mexico border to meet with adults and children affected by the president’s policy of separating migrant families who cross into the U.S. illegally.

The first lady did promote “Be Best” when she accompanied the president to London this month. She has also discussed it during surprise visits in the Washington area, including an unannounced trip to Microsoft’s Innovation and Policy Center last week.

The issue that took her to Tennessee is neonatal abstinence syndrome, which occurs when a baby withdraws from drugs — usually an opioid painkiller — that he or she was exposed to in the womb. Withdrawal causes such symptoms as irritability, muscle tremors, difficulty feeding and sleeping, and breathing problems, according to Dr. Stephen Patrick, a pediatrician and neonatologist at Monroe Carell Jr. Children’s Hospital.

Opioids are fueling the deadliest drug overdose epidemic in U.S. history. About 70,000 Americans died of a drug overdose last year, according to preliminary numbers released this month by the federal Centers for Disease Control and Prevention. That’s a 10 percent increase from the previous year.

One of Mrs. Trump’s recent trips to visit a facility for migrant children was overshadowed by a hooded jacket she wore that had, “I really don’t care, do u?” scrawled on the back. The garment choice for the Texas trip ricocheted across the internet, spawning memes about what message the former model may have been trying to send.

Her spokeswoman said it was just a jacket with no hidden message. But the president undercut that by later tweeting that his wife was really saying she doesn’t care about the “fake news” media.