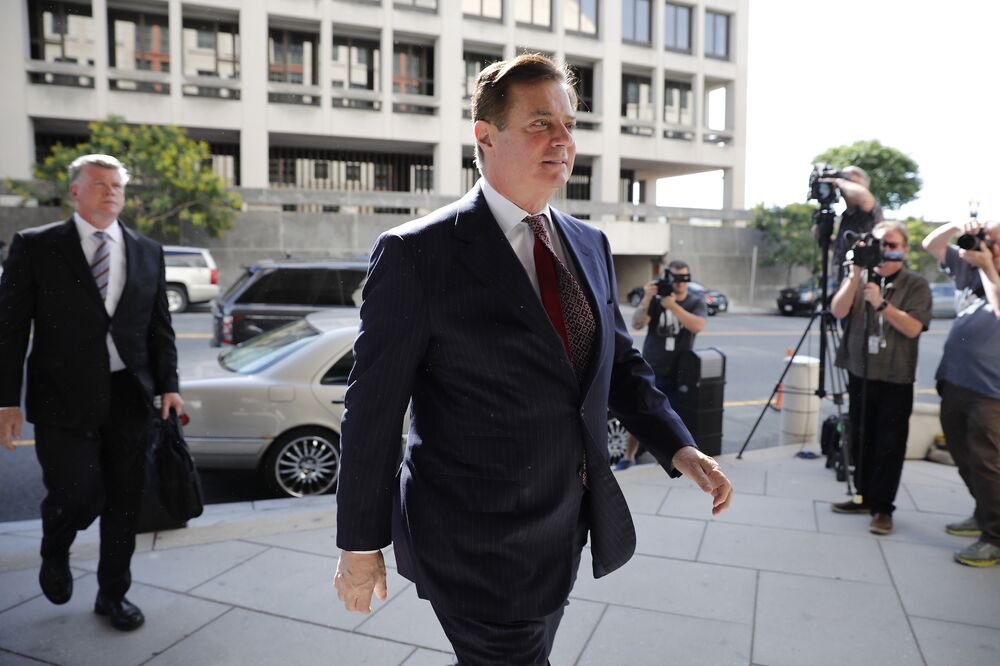 Paul Manafort was ordered locked up ahead of his two trials for bank fraud and money laundering.

Jailing him before trial adds to the pressure Manafort faces to cooperate with Special Counsel Robert Mueller and spill any secrets he knows about Trump and the campaign. Confronting possible criminal charges in New York, Trump’s former lawyer Michael Cohen may have a similar choice ahead of him. Cohen hasn’t been accused of wrongdoing.

Prosecutors made the Manafort detention request on June 4, when they argued in court papers that he tried to tamper with two witnesses after he was indicted in Washington for a second time on Feb. 23. Four days later, a grand jury indicted Manafort anew, accusing him and an associate of witness tampering. Manafort has pleaded not guilty.

Jackson said she had no way to stop Manafort from contacting people while he’s out on bail.