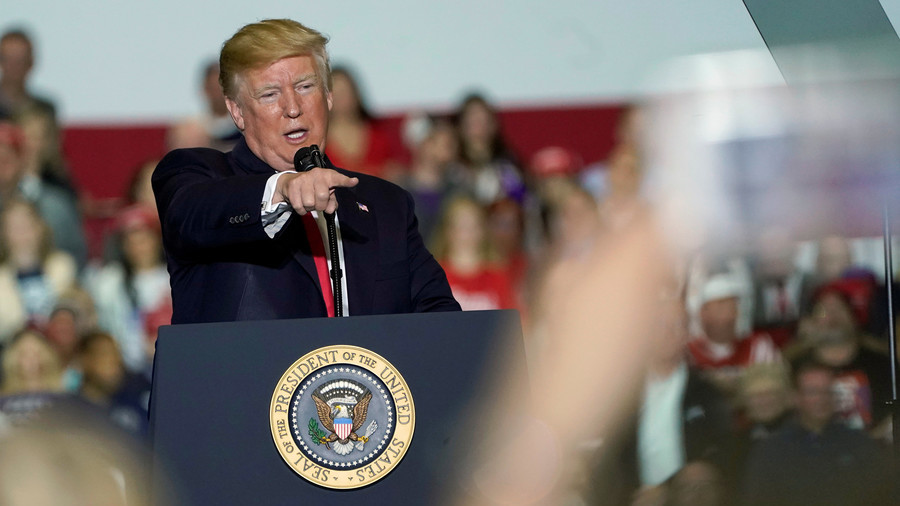 RT – The European Union was formed to rip off the US, President Donald Trump said during a rally, as he vowed to “take on” the bloc and China, saying that the days of “disastrous trade deals” are over.

Trump unleashed a tirade aimed at the European Union at a campaign-style rally in Michigan on Saturday. Taking aim at the EU’s trade policies, Trump said that the bloc “was put there to take advantage of the United States.”


China warns US against ‘arrogance’ amid trade standoff

“Not anymore, we told them that yesterday, actually the exact same words, not anymore, those days are over,” Trump said to a round of cheers.

The US leader hinted that he would stop at nothing to fix the trade imbalance, warning the crowd that they should expect some temporary setbacks on the way to a bright future for the US economy.

“In short term you may have to take some problems, long term – you’re going to be so happy, we’re going to get it opened up, or we’re not doing business with these other countries,” Trump said.

While blasting the EU, China and Japan over trade, Trump said that his criticism of the “disastrous trade deals,” which he is busy “straightening out,” does not mean he has a personal grudge against those countries’ leaders. 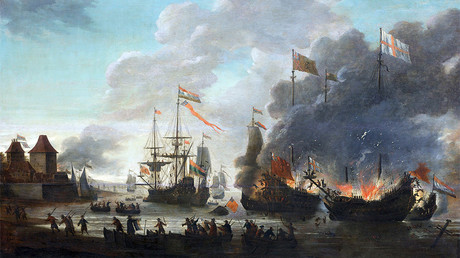 Trump’s new economic threat comes at a time when the 28-nation European bloc is bracing for a potential trade war with Washington. May 1 is the deadline for Washington’s ultimatum to either limit exports to the US or face steep steel and aluminum tariffs.

Other US allies are facing the same choice. The only one to have fallen in line so far is South Korea, which has agreed to cut 2.7 million tons of annual metal exports and double car imports from the US, its trade ministry announced in March.

“We are asking of everyone: quotas if not tariffs,” Bloomberg reported US Commerce Secretary Wilbur Ross as saying on Friday.

Trump announced the introduction of 25 percent steel and 10 percent aluminum import taxes on March 1, triggering a global backlash and threats of retaliation by the EU and Canada. When it seemed a full-blown trade war between allies was imminent, Trump pulled back somewhat, granting tariff exemptions to the EU, Canada, Mexico, Brazil and Australia.

Meanwhile, the EU countries have warned that arm-twisting by the US will not end well for either side in the long term.

“A trade war is a losing game for everybody,” Belgian Finance Minister Johan Van Overtveldt said at a meeting of EU counterparts in Sofia on Saturday.

The EU will not sit idle while its economy is being hit by the US, French Finance Minister Bruno Le Maire said. “The EU has to be ready to take all the appropriate decisions if the American administration decides to raise tariffs on the EU.”