Playwright, songwriter, dancer, actor, theater owner, and producer George M. Cohan was born on July 3, 1878, in Providence, Rhode Island. (Some sources report his date of birth as July 4.) As a young boy, he and his sister toured New England and the Midwest with their parents as the Four Cohans, a vaudeville act, for which he also wrote sketches and songs. In 1904, Cohan opened in the Broadway production Little Johnny Jones. That play, which Cohan also directed and for which he wrote the book, music, and lyrics (including the song “Yankee Doodle Dandy”), catapulted him to national attention.

Give my regards to Broadway,
remember me to Herald Square,
Tell all the gang at Forty-Second street,
that I will soon be there,
Whisper of how I’m yearning
To mingle with the old time throng,
Give my regards to old Broadway
and say that I’ll be there, e’er long. 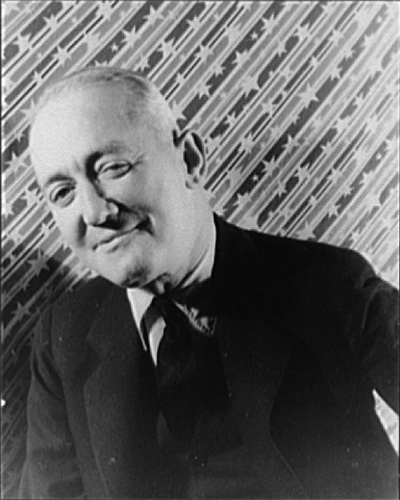 The popularity of Cohan’s World War I song “Over There” is attested to by the variety of sheet music releases shown below. 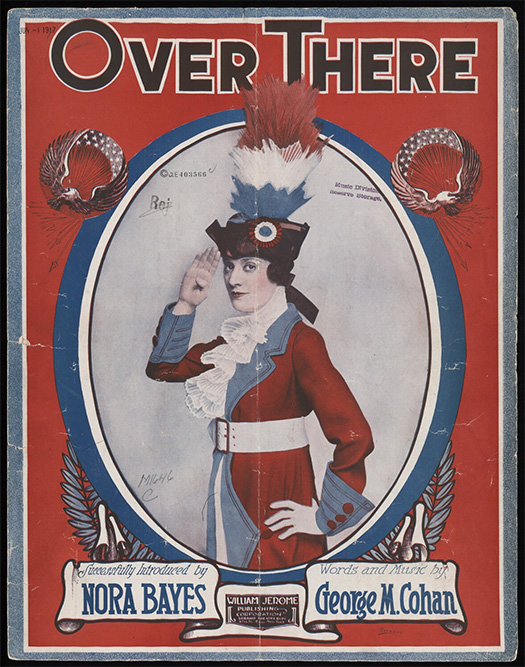 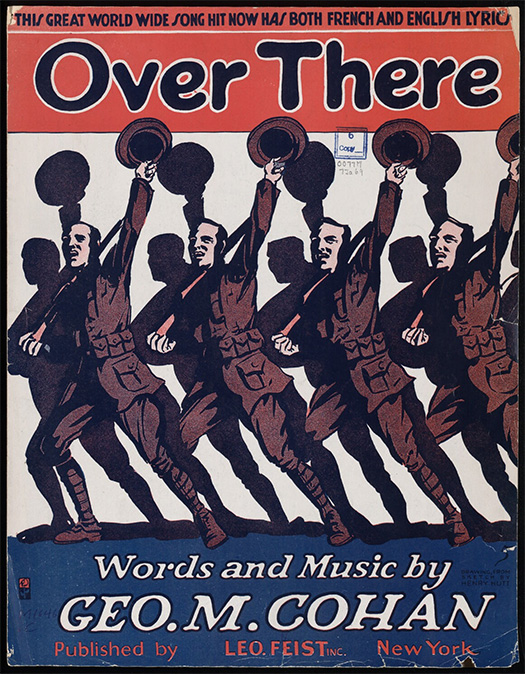 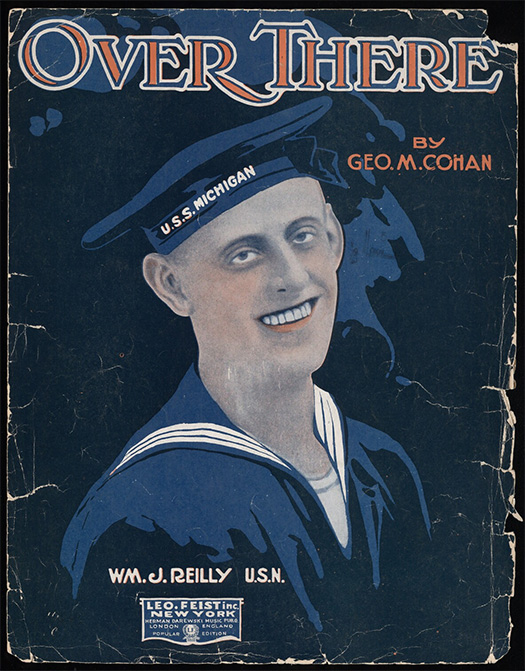 Learn More
The Library of Congress Celebrates the Songs of America includes several essays and other materials related to George M. Cohan.
Included in the Library’s collections of audio recordings are several performances of George M. Cohan’s songs. In particular search the National Jukebox and Patriotic Melodies to find versions of Over There and You’re a Grand Old Flag.
You may view George M. Cohan’s sheet music through the Library’s Notated Music Collections as well as the following digital collections:
Historic Sheet Music Collection, 1800 to 1922
World War I Sheet Music
American Variety Stage: Vaudeville and Popular Entertainment 1870-1920 provides an overview of the world of vaudeville entertainment where Cohan began his career. Browse the Subject Index to explore the collection that illustrates the vibrant and diverse forms of popular entertainment which thrived from 1870 to 1920.
There were some 20,000 vaudeville performers still working in the 1920s. Among these was Bob Hope whose life is documented in the Library’s online exhibition Bob Hope and American Variety. Hope, like Cohan, gained his professional training in vaudeville theaters.
To find more material on the history of the performing arts, browse the Performing Arts collections or visit the Imagination section of the American Treasures of the Library of Congress exhibition.
The Performing Arts Databases provide access to information about the Library’s collections of scores, sheet music, audio recordings, films, photographs, maps, and other materials. —— AUTO – GENERATED; Published (Halifax Canada Time AST) on: July 03, 2018 at 09:45AM

Inquiring Minds: Exploring the Culture of Jazz Through Music and More — Library of Congress