SNAP was a short right from their IPO. We could have made good money instead of going long.

A few weeks before SNAP did their IPO, Facebook and WhatsApp came up with the same idea. Mind you, Instagram already had it.  Practically anyone and everyone in Social Media business had that idea.

Why I called a SHORT on Snap right after their IPO was because the girls were not Snapping me and still do not do it.

Okay boss.  You wanna go after teens for a trend.  Exactly how many of these aliens pay for their phones and monthly bills? SNAP banked on adolescents very much like BBM (RIMM) had done.

For some reason, some hurry come ups in Tech forget that parents pay the bills and they appeal to teens and not the parents.

May SNAP go into the archives of Nortel. SNAP lost out by relying on millenials who rely on Baby Boomers or is it Gen X or us Honourable Millenials? 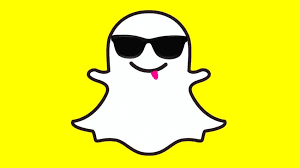 If your adolescents do not annoy you with SnapChat then your kids must be angels.

Of course kids set the trend but do you remember your kids paying for Penguin using your credit card?

Technology which appeals to adolescents can run into issues because people love Facebook and Snapchat is in for a battle.

Alibaba launched big and some claimed it was gonna take over Amazon.  In like NEVER.

Until milenials and prepuberty kids can pay their own bills, you might want to build something for them and the ones who pay the bills.
========

Snap priced its public offering at $17 a share on Wednesday, two sources told CNBC, and the company later confirmed in a press release. The company is scheduled to start trading Thursday.
At 200 million shares, Snap will have raised $3.4 billion and will be valued at nearly $24 billion. The IPO is 10 times oversubscribed, the sources said.
Sources had told CNBC earlier this week that investors were expecting a pricing of $17 to $18 per share, above the $14 to $16 per share range originally given by the company.
The pricing reflects what Wall Street’s top investment firms think about the stock, and telegraphs how the year’s most anticipated IPO might fare in the public market on Thursday.
The company behind Snapchat — an ephemeral photo messaging app that’sviral among teens — has presented investors with some unique challenges. It’s unclear how exactly the California company plans to make a profit, especially with daily active user growth slowing. Shareholders will also getnegligible voting rights with the stock.
But Snap, which will trade on the New York Stock Exchange under “SNAP,” is also one of the few new growth opportunities to hit the public market. While stock markets keep notching record highs, there have been a dearth of public offerings. Proceeds from the U.S. IPO market were only $18.8 billion last year, according to Renaissance Capital, down from $86.6 billion in 2014.
Still, many companies price high and sell low, and vice versa. Facebook, for instance, saw shares seesaw on its first trading day, ending less than 1 percent higher. Since then, of course, Facebook found its footing, and has risen about 250 percent.

« All Ugandans should join the medics to strike against thugery, mediocrity (Previous)
(Next) What good is gossip wolokoso for Uganda? »

Twitter Doubles Character Limit to 280 – it is perfect for shorting