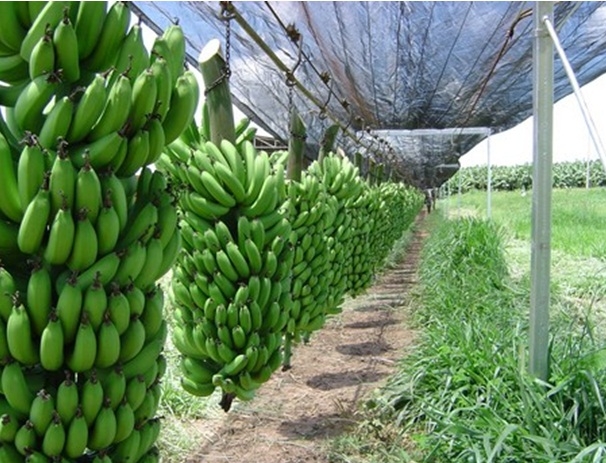 TANZANIA DAILY NEWS – International project whose goal is to boost banana production in Tanzania and Uganda brings together a team of international researchers to deliberate on delivery of hybrid varieties to farmers.

The team will starting today to Friday gather at Arusha-based Nelson Mandela African Institution of Science and Technology (NM-AIST) to review their progress and plan for next years’ activities. “The Breeding Better Banana project is focused on breeding varieties that farmers like and with resistance against the key problems.

However, bananas are difficult to breed because they are sterile and do not produce seeds. “Breeders deal with this (challenge) by using fertile parent varieties that produce seed but the process takes long time,” Lead Banana Breeder at the International Institute of Tropical Agriculture (IITA) and project’s team leader Prof Rony Swennen said.

Banana is an important staple food crop and major source of income for millions of smallholder farmers in Tanzania and Uganda, producing over half of all bananas in Africa, valued at over 4 billion US dollars, annually. However, farmers are pro-ducing just a small proportion, about nine per cent, of the total potential largely due to the devastating impact of pests and diseases.

The Breeding Better Bananas Project seeks to deliver to farmers the much needed improved high yielding and disease resistant hybrid varieties that are expected to have 30 per cent higher yield compared to the current varieties grown by farmers under similar conditions.

“The researchers in this project are working together, using cutting edge techniques in state of the art laboratories across the world to overcome these issues,stresses caused by global clispeed up the process and increase the generation of new varieties with good resistance to pests and diseases,” he said.

The project, in its third year, has established the first banana breeding programme in Tanzania and the first Mchare hybrids, produced by hybridisation with multiple disease resistant wild bananas, planted in 2018.

The breeding of matooke is more advanced and over 250 Matooke hybrids have been selected for advanced yield and consumer trials in both Uganda and Tanzania. The major diseases that are being addressed by the project are Fusarium Wilt and Black Leaf Streak diseases (Sigatoka disease), while the major pests are the plant parasitic nematodes (microscopic worms) and banana weevils.

The breeding efforts are complimented by studies to understand the spread and damage caused by pests and diseases as well as developing rapid diagnostic tools and faster screening mechanisms to quickly identify resistant varieties.

The project has ascertained that the pathogens spreading black Sigatoka disease are spreading to new areas perhaps due to climate change. For sustainability, the project is also nurturing the next generation of banana researchers, through post-graduate student and technical staff training in advanced breeding techniques.

It is also facilitating the exchange of genetic plant material across countries and even continents to use the best material for developing improved hybrids, establishing the foundations of globally connected banana breeding system. The project is led and coordinated by IITA but works hand-inhand with the national partners in Tanzania and Uganda.

The regional breeding activities are conducted at the NM-AIST in Arusha, with close collaboration with regional Agriculture Research Institutes (ARI) in the banana growing areas and Uganda Banana Breeding Programme of the National Agricultural Research Organisation (NARO) at Kawanda and Sendusu, Kampala.

The project is conducted within the framework of CGIAR Research Programme on Roots, Tubers and Bananas. —— AUTO – GENERATED; Published (Halifax Canada Time AST) on: April 23, 2018 at 01:53PM