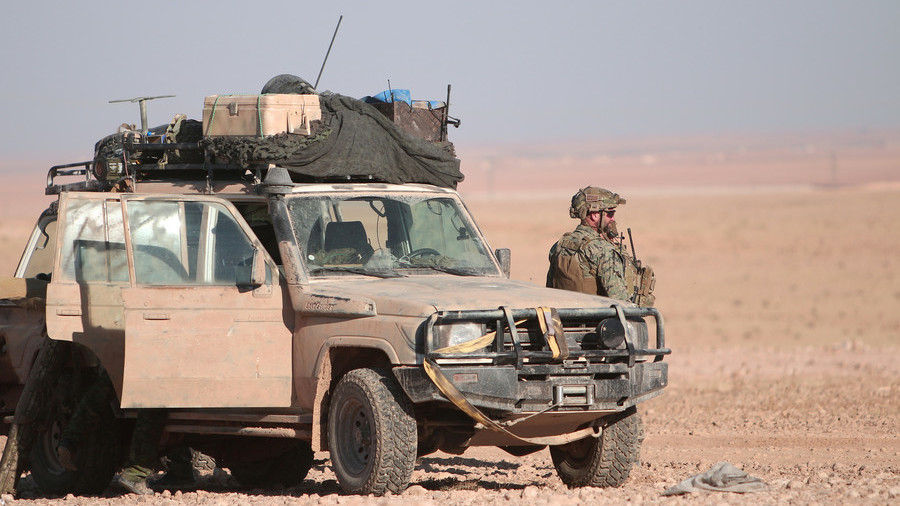 RT – Militants linked with the terrorist group Islamic State are feeling increasingly comfortable in a refugee camp located near a US military base in southern Syria, the Russian foreign minister said.

“We have plenty of reports about strange things happening in the Al-Tanf area,” Sergey Lavrov said on Monday. “This area has no particular military value in terms of fighting terrorism. And in practical terms, we see a rise of presence in the region of militant groups, including those we believe to be connected with Islamic State (IS, formerly ISIS) in this or that way, including in the Rukban refugee camp.”

Located on Syria’s border with Jordan, Al-Tanf was captured last year by the US, which declared it under its protection and attacked pro-government forces showing up there. Russia has repeatedly expressed concern about the presence of US troops in the area and their refusal to allow access to it, including for humanitarian convoys to the Rukban camp.

Asked by a journalist during a media conference if Russia was aware of US plans to withdraw from Al-Tanf, Lavrov said he has not seen any reports indicating such an intention, but would welcome such a move.

“This zone was created under manufactured justification with no military necessity,” he said. “If [the Americans] are arriving at the same conclusions, I expect this to translate into a practical implementation.”

The US put troops on the ground in Syria, stating that their goal was to defeat IS. The military intervention was carried out with no mandate from the UN Security Council, and against the objection of the Syrian government. The threat of IS has since been greatly diminished, but the US shows no intention of withdrawing from Syria. Instead, it is using its foothold in the north of the country to prop up the predominantly-Kurdish Syrian Democratic Forces (SDF) militia.

Russia says the continued presence of US troops is a sign that Washington may still be seeking to topple of the Syrian government or at least aiming to partition Syria. —— AUTO – GENERATED; Published (Halifax Canada Time AST) on: May 28, 2018 at 10:36AM