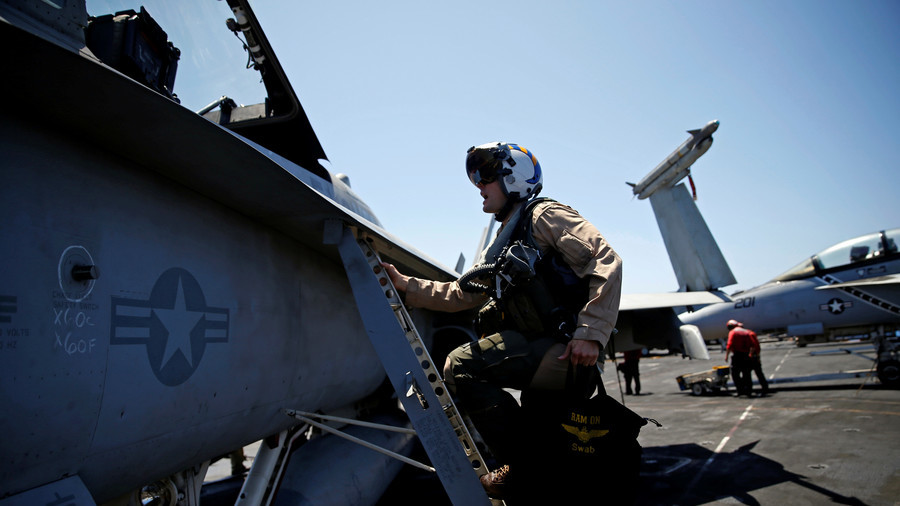 Airmen aboard the USS Harry S. Truman, which has been dispatched to the eastern Mediterranean. / Reuters

RT – Eurocontrol, an EU body responsible for handling air traffic over the continent, has issued a Rapid Alert Notification to flight operators in the eastern Mediterranean, warning them to be ready for NATO rocket launches into Syria. 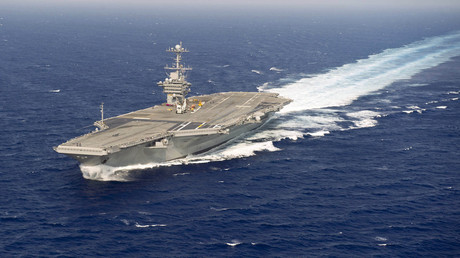 US deploying Truman aircraft carrier strike group to Middle East, Europe – Navy“Due to the possible launch of air strikes into Syria with air-to-ground and / or cruise missiles within the next 72 hours, and the possibility of intermittent disruption of radio navigation equipment, due consideration needs to be taken when planning flight operations in the Eastern Mediterranean / Nicosia FIR area,” the alert said.

The alert warns pilots to be ready for specific NOTAMs (Notices to Airmen), concerning flight risks and obstacles that may arise.

On Monday, US President Donald Trump said that he was “very strongly, very seriously” considering military action against the government of Bashar Assad over the alleged chemical attack in Douma in Syria on April 7. Trump said that a “major decision” would be taken within the following 24-48 hours.

An air strike was already carried out against a Syrian air base on Monday, although no state has claimed responsibility. Damascus, Moscow and Tehran say that the attack was carried out by Israel from Lebanese airspace.

Russia has warned that if any of its personnel in the country are targeted, it “will take response measures against both the rockets, and the platforms from which they’re fired.”