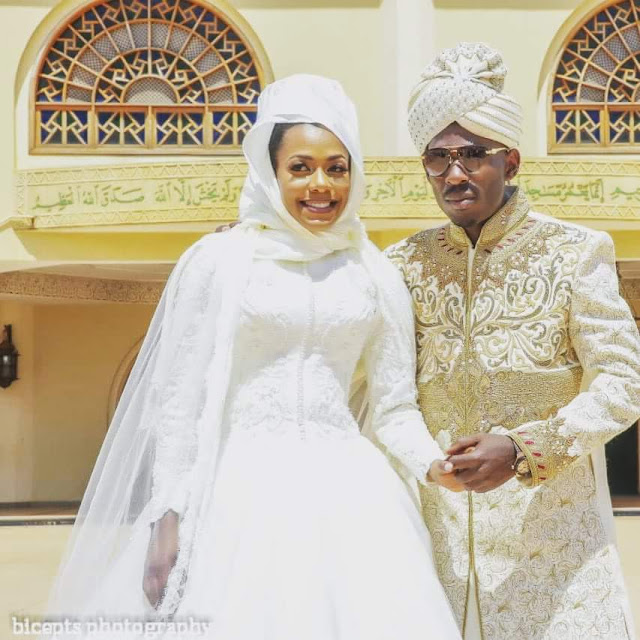 SWEDEN (EXPRESSEN) – Vivian Chebet lured a Swedish politician Sten Heinsoo, 71 into false promises of love and gold which resulted into the fraudulent transfer of 53million kronor (23billion shillings) to Uganda.

One of the country’s most famous giant pair – businessman Sulaiman Mbuga and his Swedish wife Angella Vivienne Chebet – are suspected of being behind the giant fraud in Sweden. The couple has lived in extreme luxury and has a number of luxury sports cars.

Close to a year ago, former head of state and county politician Sten Heinsoo, 71, admitted that he had donated a multimillion amount of Kronors from his former employer, Einar Matsson’s estate, the real estate giant in Sweden.

When confronted by the custodians, He opened up and told them the money had disappeared abroad when he tried to help a female friend to transport gold from Uganda to Sweden.

Expressen, a Swedish newspaper has exclusively reported that preliminary investigations have led the police to one of Uganda’s most famous property mogul Sulaiman “SK” Mbuga, 34, and his wife Angella Vivienne Chebet, 33.

Last week, Sten Heinsoo was charged with gross negligence against the principals of trust. Even Vivianne Chebet – who is a Swedish citizen for a few years – was charged by the Stockholm District Court for several cases of gross fraud against Heinsoo in absentia. “SK” Mbuga has also been dragged into this verdict for probable same reasons suspected of the same crime.

From the local Ugandan press and the couple’s own social media, which have of late been closed down, both SK and Viviane show that they have lived a life of immense luxury with exclusive parties, expensive sports cars and a fleet of houses in the capital Kampala.

“SK” Mbuga describes himself as a businessman but details of how he earned his money has been scanty. In July 2016, after he showered his wife with gifts in the form of a specially-ordered Mercedes-Benz, exclusive jewelry and a Dubai holidays, Ugandan newspaper New Vision reported that “the source of income is a mystery.”

Two weeks after Sten Heinsoo made the last transfer to the fraud, in November 2016, an extravagant wedding was organized between “SK” Mbuga and Vivienne Chebet in Kampala.

Thousands of guests attended the event and in advance a Rolls-Royce Phantom and Uganda’s first Ferrari had been purchased as “wedding cars”. According to “SK” Mbuga, the budget for the wedding was over eleven million, reported Uganda Matooke Republic online newspaper.

Vivienne Chebet immigrated to Sweden from Uganda in 2011 and has been living in the Stockholm area since then. In the first hearing, Sten Heinsoo told us that the two met in the church where they both fellowshipped when Viviane worked as a personal assistant to another person she had brought for prayers. They eventually fell for each other and began a relationship.

The fraud that the couple is suspected of commenced in 2015.

In interrogation, Heinsoo told police that Viviane Chebet told him her wealthy father in Uganda had died and left behind a large gold mine which was both difficult and costly to transport to Sweden. Heinsoo offered to help financially to facilitate the transfer of gold to Sweden and be refunded after selling. He unlawfully used his trustees’ money with the view that he will pay back after the sales. He said.

Immediately after the first transfer of money, Viviane Chebet traveled to Uganda on the pretext that she would arrange for logistics in place. In local media, it appears instead that she lived a glamorous life, while Sten Heinsoo always sent new money.

Meanwhile, she sent SMS to Heinsoo where she declared she was missing and loved him. “Hello, my dear husband,” she wrote in an SMS, apparent from the lawsuit.

When Heinsoo was released at the end of the remand, he briefly commented on the issue to Expressen:

“I have kept the money with me, but I may have been tricked in into this.

Today, both “SK” Mbuga and Vivienne Chebet are still at large because Sweden has no extradition agreement with Uganda. However, Sweden court has sent a request of legal assistance to Uganda to arrest and try the two.

“As stated in the preliminary investigation, a request for legal assistance to Uganda has been sent, which has not yet been answered,” said chamber prosecutor Mathias Lidberg.

In February last year, Vivienne Chebet returned to Sweden. She was arrested but despite the state prosecutor’s request to detain her, the District Court considered that it was possible to monitor her with just a travel ban and notification obligation. Viviane met the set conditions until two weeks ago when she disappeared and departed to Uganda. Now she is being searched by the Swedish police.

“I do not know where she is,” says her lawyer, Sven Severin

Translation from Swedish courtesy of OMAR 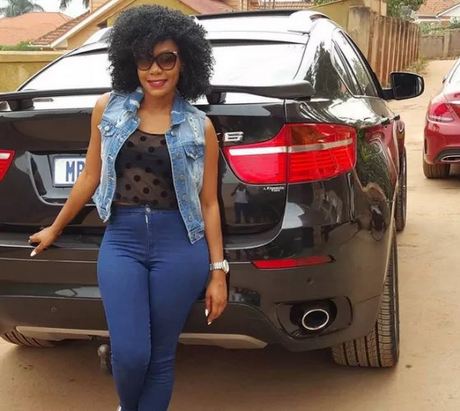 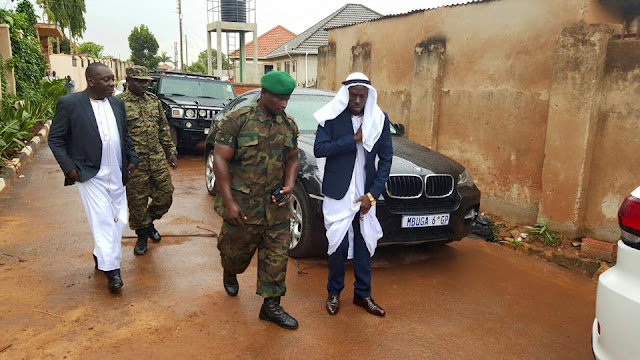 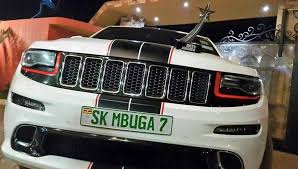 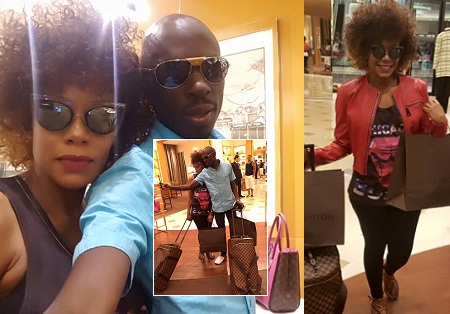 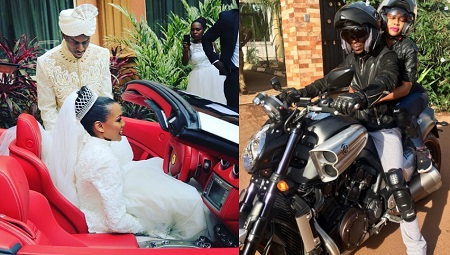 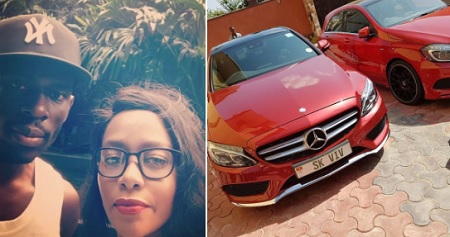 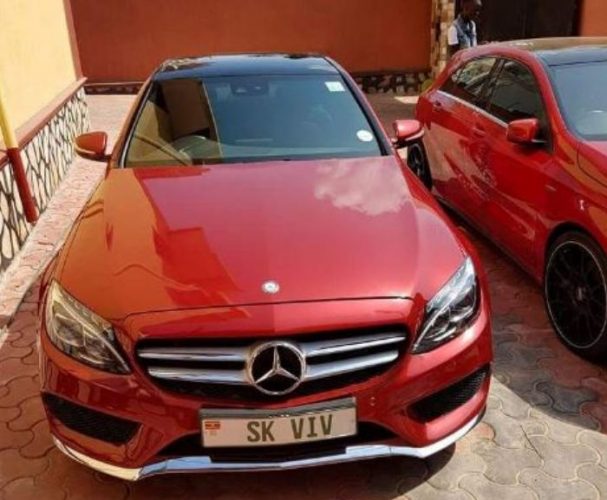 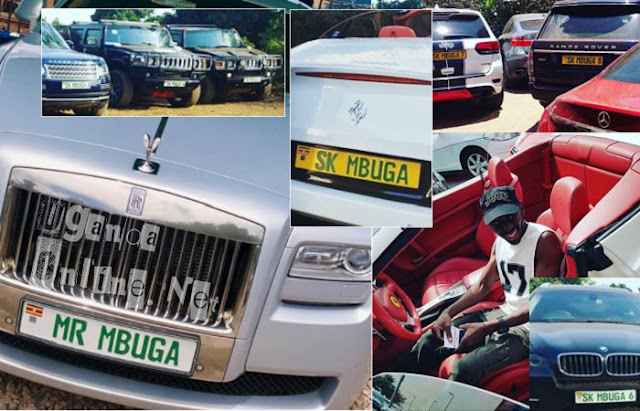 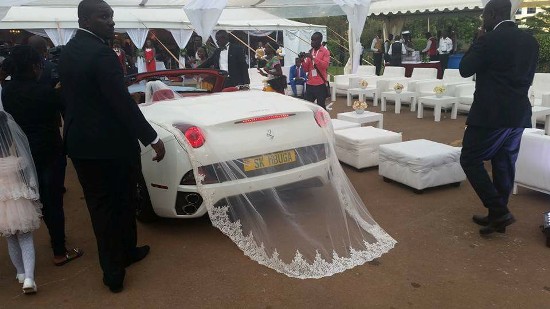 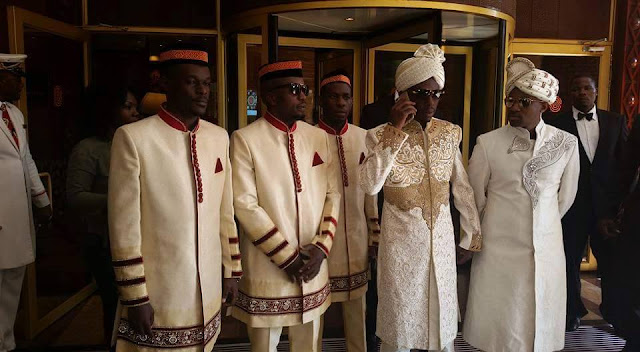 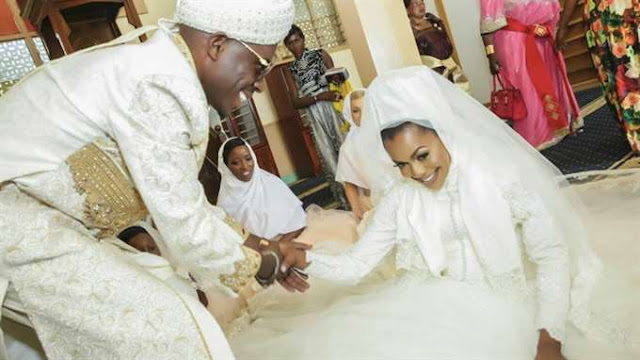 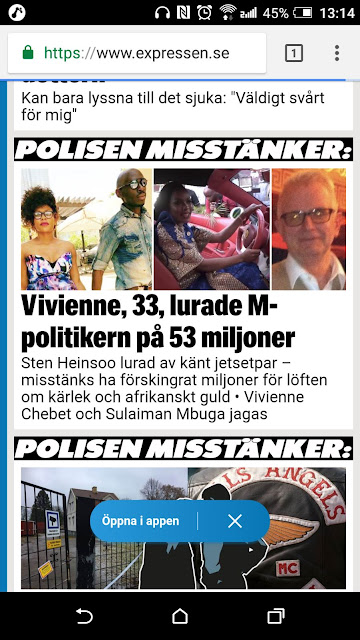 « Poem: Cry Uganda for your love is gone (Previous) Poem: Cry Uganda for your love is gone