ADDIS ABABA (VOA) — After four days of closed-door negotiations at the high-level peace talks in Ethiopia’s capital, Addis Ababa, a South Sudan government official said warring parties in South Sudan have made some progress on security issues but admits there has been little headway on governance and other big sticking points.

Makuei said the parties have also agreed on the unification of the forces but failed to agree on a timeline for that process.

Makuei admitted there has been no progress made on power-sharing ratios and a government structure, which has always been one of the biggest stumbling blocks between government and opposition representatives at the talks.

He said the parties have agreed to respect the cessation of hostilities agreement signed late last year.The cease-fire deal has been violated repeatedly by both government and rebel forces shortly after it was signed. 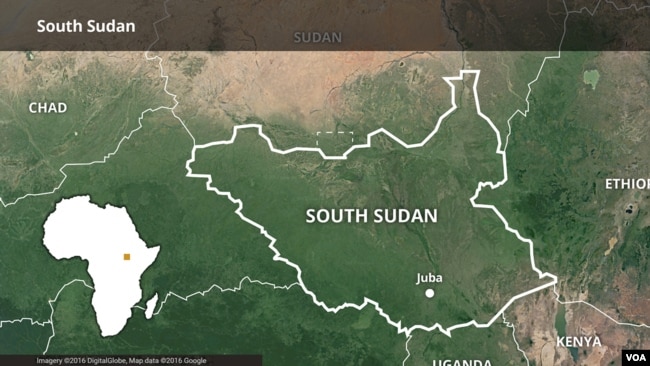 Overall, concessions made by the rivals have not amounted to much.

“All those who say so are those who never moved even an inch from their position from then up to now,” Makuei told VOA.

Peter Mayen, chairman of the National Alliance, an umbrella group of eight opposition political parties, said the warring parties’ lack of political will to resolve the conflict hinders any efforts for a breakthrough.

“Each and every party wants to stick to their positions. If you look at the consultation that was done earlier by the IGAD team, it is the same proposal. And right now, it is still the same proposal that is being proposed,” Mayen told South Sudan in Focus.

Pagan Amum, a member of the South Sudan Opposition Alliance, a coalition of nine opposition parties, said certain politicians’ refusal to give up power is one of the biggest impediments to reaching a lasting peace deal. That, and the government’s refusal to work with rebel leader Riek Machar.

Should the parties fail to reach a comprehensive deal, Amum thinks all political leaders, including his coalition, should step aside and make way for a government of technocrats led by the South Sudanese.

“In case the parties fail to reach an agreement, it will be important now for IGAD, the African Union [AU] and the international community to impose a peace agreement that must now be implemented,” Amum told South Sudan in Focus.

The Kiir administration has rejected that idea in the past.

IGAD officials said two more days have been added to the forum to give the delegates more time to negotiate and agree on the security and governance issues. The forum was supposed to end Monday.

Despite a cessation of hostilities agreement signed by the parties last December, fighting continues in parts of the country.

Akuac Ajang, a member of the civil society alliance at the talks, said his group has a message for the parties.

“All the warring parties and other political parties must commit themselves to silence the guns, stop the war and bring peace to our nation. Our people cannot continue to suffer,” Ajang told South Sudan in Focus.

Church officials, who have been mediating this round of talks, have declined to speak to journalists, saying they have not yet pulled together their minutes from the various meetings.