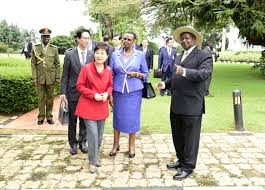 FORBES – Park Geun-hye, former president of South Korea, (Left), is escorted by prison officer as she arrives at the Seoul Central District Court in Seoul, South Korea on August 25, 2017. (Seung-il Ryu/NurPhoto via Getty Images)South Korea’s former President Park Geun-hye was sentenced to 24 years in prison Friday after she was found guilty of corruption — a scandal that exposed close ties and collusion between the government and the country’s biggest corporations.

The 66-year old, who was dramatically impeached last year, was convicted on 16 charges involving bribery, coercion and abuse of power, at a hearing broadcast live on television. She was also fined $17 million. Prosecutors had demanded a 30-year sentence.

Park was not present in court to hear the verdict, having chosen to boycott the hearings since last year. She had denied any wrongdoing and claimed there was a conspiracy against her. 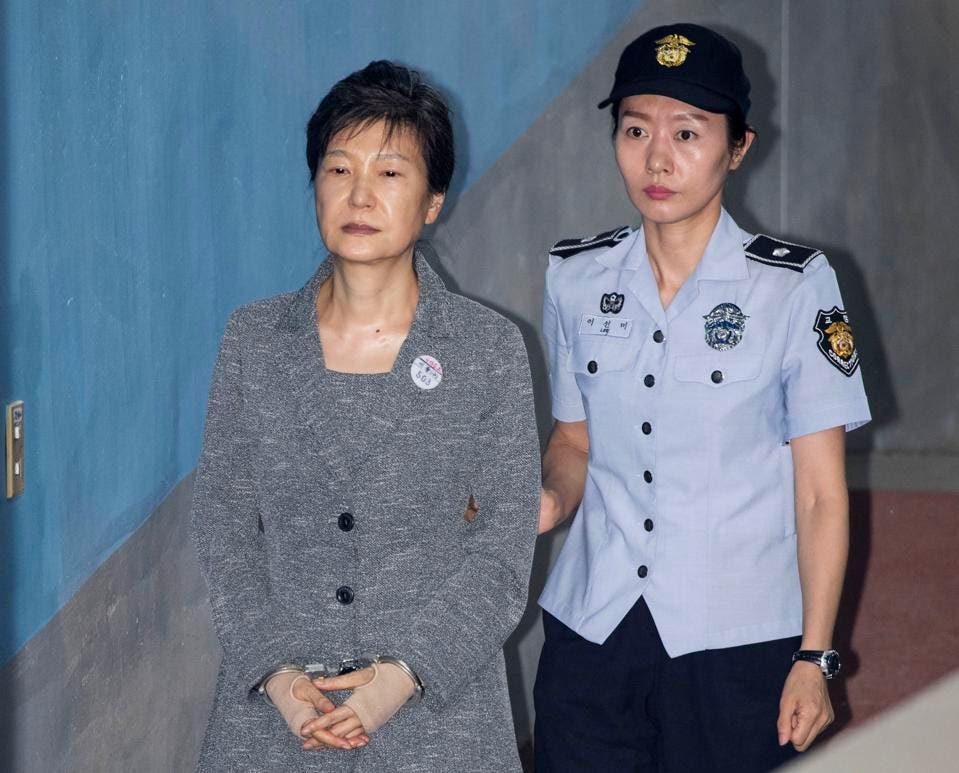 Park, South Korea’s first female president, was accused of being part of an elaborate cash-for-favors scheme with longtime friend and informal adviser, Choi Soon-sil. Prosecutors say Park abused her position by helping Choi seek donations from major Korean companies — including Samsung — for foundations she set up.

“The defendant abused the presidential authority delegated from the people of this country and it resulted in a large amount of chaos in terms of public order and state management,” Judge Kim Se-yun told the court, according to South Korea’s Yonhap news agency.

“The responsibility lies with the defendant who has abandoned her constitutional duties.”

Choi herself was given a 20-year jail term earlier this year after being convicted of corruption, influence-peddling and abuse of power. 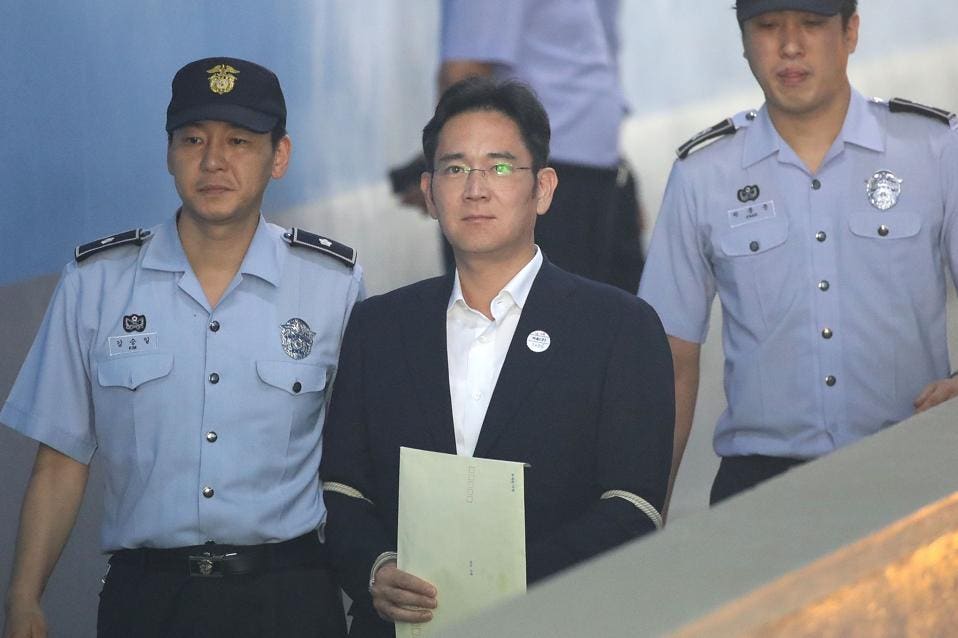 The case put the relationship between the government and South Korea’s largest family-owned conglomerates, known as “chaebols,” under the microscope, and brought hundreds of thousands of people onto the streets of Seoul demanding Park’s ouster, as a tide of popular anger against the perceived unfair influence of the chaebols swept the country.

Park, the eldest daughter of former President Park Chung-hee who was assassinated in 1979, came to power in 2012 after defeating Moon Jae-in, the current president.

She is expected to appeal Friday’s verdict.

REFUGEES: We Are The World 25 For Haiti – Official Video

CANADA: Province of New Brunswick school threat was a hoax