SOUTH AFRICA: Zuma threatens to spill the beans, will not go down alone! 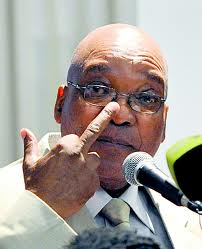 It’s Chaos in that NEC Meeting.  They say Zuma says, “When the ANC came home from exile, none of us had a source of income, yet nearly all leaders “bought” houses in expensive suburbs. Where did that money come from?

Saint Mandela lived in a mansion bought by Openheimer, so did Sisulu and Govan. Raymond, Oliver and Mlangeni were “sponsored” by the Rothschild’s. Angel Thabo, Kgalema, Sexwale, were taken care of by the Ruperts.

Many leaders acquired shares in white-owned companies. While Gwala and myself were deployed to deal with tribal wars between the IFP and ourselves, leaders were getting directorships in major mining and blue chip companies. Now, my dear top 6, I ask you again, ngenzeni engenziwanga abanye? Do you still want to talk about state capture? Kungani singa qali ekuqaleni?”

Question:
“What is the influence of crime on the S.A. Govt?”
Answer:
Crime generates millions and millions of Rand’s for the SA Government

Here are the facts….

Take just one million home owners in Gauteng who pay for “armed crime reaction” (not crime prevention) where private security companies react AFTER the crime has taken place – no wonder they never make any arrests!

A car thief steals a R500,000 car and receives between R10,000 and R30,000 for his deed. The car owner is paid out by insurance and then purchases another similar vehicle, on which
he pays 15% VAT of approx R75,000 as a direct result of crime. Who profited the most? The thief or the SA Govt?

We must begin with a mechanism whereby the SA Govt is forced to reconsider this unconstitutional and immoral practice of profiting from crime!

All South Africans should demand that all payments related to protection of life and property should be VAT free and Tax deductible!

This principle should also apply to replacement of stolen property as well as estate duty. If a person dies as a result of crime we should also demand that estate duty not be paid. How much do you think the SA Govt. has made out of estate duty from the murders of 1300 South African farmers?

The S.A. Govt likes to compare us to overseas. Well overseas your safety and security is covered by your income tax and is tax deductible!

It is time that South Africans stood together and made the Govt. and public aware of the Govt’s “income” from crime. In the meantime crime is the goose that lays the golden egg.

Is it also not unreasonable to expect victims of violence and hijackings to pay their own medical costs? The Govt. should pay for these expenses as well as family counselling for victims!

Come on South Africa, ask the right questions and demand the right answers!

« DRCONGO: US blocks visas for ‘corrupt’ DR Congo officials – WHAT ABOUT SAM KUTESA? (Previous News)
(Next News) Wikipedia article of the day for June 24, 2018 »

TURKEY: Erdogan claims victory, calls on country to focus on future after election