Over 30 Killed as Cyclone Hits Horn of Africa 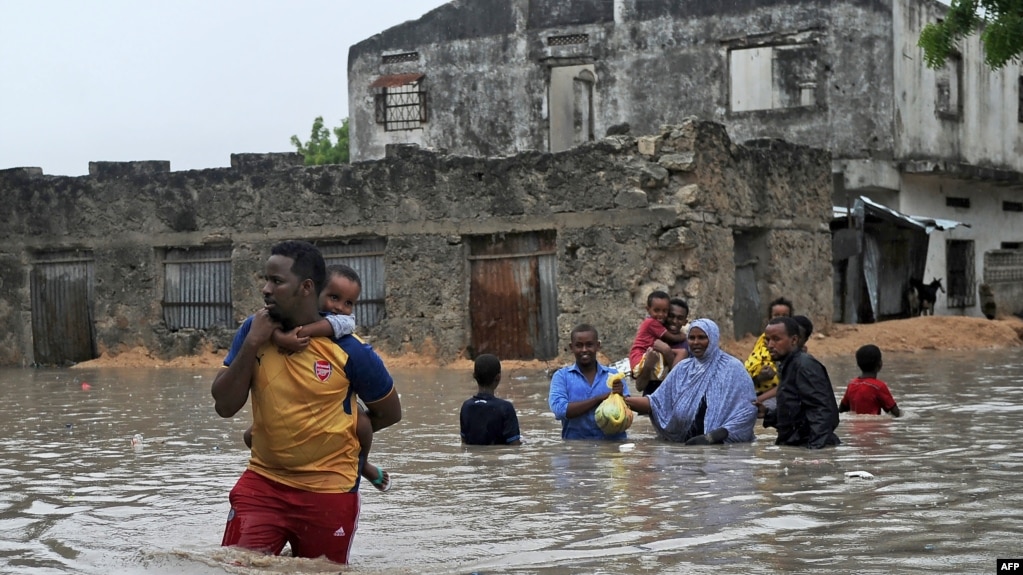 People evacuate their homes through waist-deep flood water in Mogadishu, May 20, 2018, after homes were inundated in Somalia’s capital following heavy overnight rainfall.

AWDAL, SOMALIA/WASHINTON (VOA) — More than 30 people were killed and dozens of others are still missing after a tropical cyclone and heavy rains hit the Horn of Africa over the weekend.

Cyclone Sagar slammed into the Horn Saturday and Sunday, and local officials say Sagar was the strongest storm ever recorded in the area.

Mogadishu Mayor Abdirahman Omar Osman told VOA Somali that the storm killed at least six people. More than than 300 homes in the Somali capital are under water following heavy rains.

Authorities in the self-declared republic of Somaliland confirmed at least 25 people in the Awdal, Sahel and Salal regions. Most of the victims were be swept away by flash floods, residents said.

An official in the Salal region, Abdi Abdullahi Elmi, told VOA Somali that the death toll could rise as rescue teams try to reach remote areas of the region affected by the rains.

A statement from the office of Somaliland President Muse Bihi Abdi said 12 people were injured and 27 are still missing.

The statement said 669,000 people have been affected by the cyclone, large numbers of crops were destroyed and 80 percent of the livestock in Somaliland were killed. It appealed to the international community for humanitarian support to help those affected.

The Norwegian Refugee Council said more than 10,000 people were displaced in Somaliland, and homes and fishing boats were destroyed in Puntland. The NRC also reported the deaths of two people in Djibouti, where it said 20,000 people are affected by flooding. 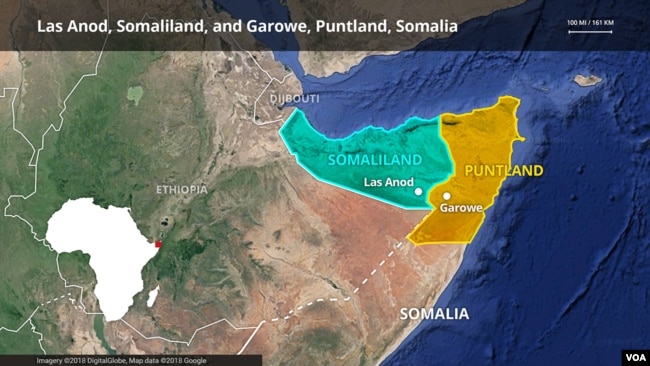 Mohamed Aw Ahmed Ateye is the head of the district council in Baki, Somaliland where six people were killed. “There is a huge loss of lives and destruction of properties,” he told VOA Somali. He reported the collapse of 41 homes in the town, while another 30 homes were destroyed in Harirad town.

He also said 140 farms were destroyed. “The floods destroyed the crops, farm equipment and bridges… after 17 hours of rains,” he said.

The Somali government and United Nations have appealed for $80 million to provide immediate help for people affected by recent flooding in the country’s south-central regions.

According to United Nations, the heaviest rains in three decades continue to fall across Somalia. There is also heavy rainfall in the Ethiopian highlands where two rivers that pass through Somalia originate. It says 772,500 people have been affected by flooding in Somalia with more than 229,000 displaced. —— AUTO – GENERATED; Published (Halifax Canada Time AST) on: May 21, 2018 at 03:37PM

Did you find apk for android? You can find new Free Android Games and apps.
Sharing is caring:
somalia Somalia No Comments » Print this News

SOMALIA: US airstrike in Somalia against al-Shabab kills 10 fighters