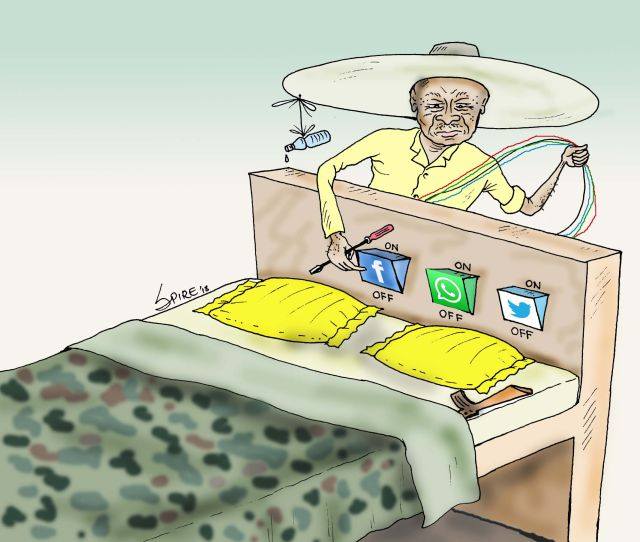 KAMPALA, April 11 (Reuters) – Uganda plans to slap a new tax on social media users from July to raise revenue, which human rights activists denounced as another attempt by President Yoweri Museveni to stifle freedom of expression and quash dissent to his 32-year-rule.

The move is unlikely to go down well in a country where more than 40 percent of people use the internet. Data costs in Africa are already among the world’s highest, according to digital advocacy group World Wide Web Foundation.

Finance Minister Matia Kasaija told Reuters in a phone interview that the tax will charge each mobile phone subscriber using platforms such as WhatsApp, Twitter and Facebook 200 Ugandan shillings ($0.027) per day. He dismissed concerns it could limit people’s use of the internet.

“We’re looking for money to maintain the security of the country and extend electricity so that you people can enjoy more of social media, more often, more frequently,” he said.

Human rights activists begged to differ, and some took to social media to criticise the proposal.

“It’s part of a wider attempt to curtail freedoms of expression,” Rosebell Kagumire, a human rights activist and blogger, said.

Of Uganda’s 41 million people, 23.6 million are mobile phone subscribers and 17 million use the internet.

Kasaija said the proposal, to be included in the budget for fiscal 2018/19 starting in July, had been sent to parliament this week for review after the cabinet approved it.

The government blocked access to Facebook, Twitter and WhatsApp during the last general election in 2016, a move used by other entrenched rulers in Africa in response to grassroots movements against them.