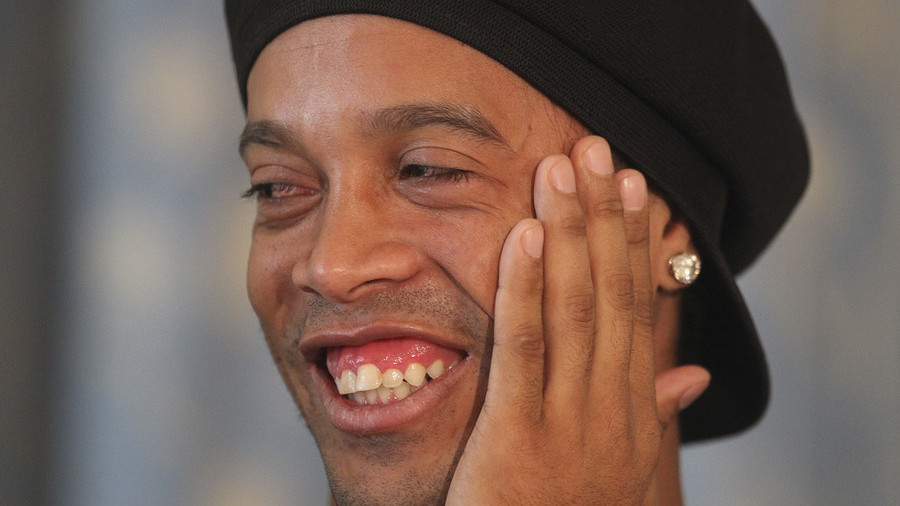 RT – Brazil football legend Ronaldinho is set to marry two women at the same time after dating and living with the pair in his mansion, according to reports in his home country.

Ronaldinho, a World Cup 2002 and Champions League 2006 winner, got his hands on jugs for fun as a player and will now wed duo Priscilla Coelho and Beatriz Souza at the same ceremony in August at his $6.7 Rio mansion.

Ronaldinho allegedly began dating Beatriz in 2016, but continued his relationship with Priscilla, which had begun several years earlier, columnist Leo Dias claims in Brazil’s O Dia newspaper. The source says the women receive an allowance of $2,000 to spend how they please.

The World Player of the Year for 2006 allegedly popped the question to the pair in January and gave the pair identical engagement rings. They were also lavished with identical gifts from the footy ace.

Ronaldinho has never publicly acknowledged the relationship, even taking to social media to refute earlier claims he was engaged, but it is understood the 38-year-old travels to almost every event he attends with his two girlfriends.

The former AC Milan playmaker returned to Brazil to finish his career after playing in Europe, helping Atlético Mineiro clinch the Copa Libertadores in 2013. The club are based in Belo Horizonte, the city from where Priscilla and Beatriz both hail.

He also won the 2005 Confederations Cup with Brazil and traveled to the Russian city of Kazan for the tournament’s 2017 edition. Ronaldinho retired from football in January this year.

Did you find apk for android? You can find new Free Android Games and apps.
Sharing is caring:
Sports, Entertainment Entertainment, Sports No Comments » Print this News

ENTERTAINMENT: Kenyan goat herders sue EU for not protecting them against climate change