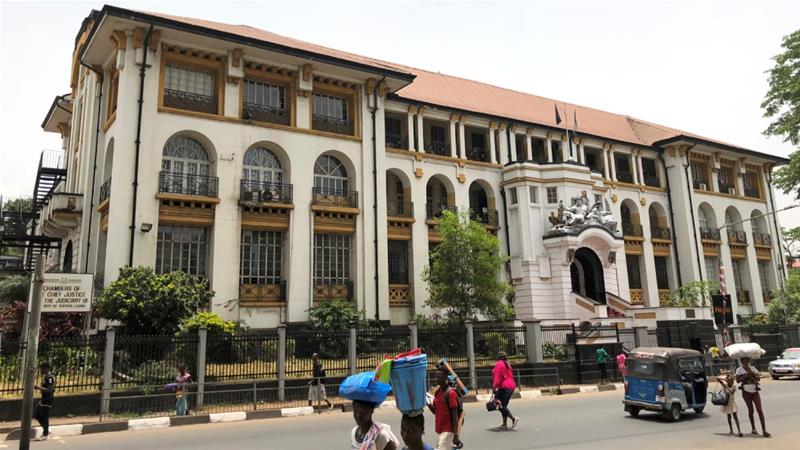 High court prohibits electoral commission from proceeding with March 27 vote amid claims of fraud and police harassment.
AL JAZEERA – Sierra Leone‘s High Court has placed an injunction stopping the country’s electoral commission from going ahead with a presidential runoff scheduled for March 27.The ruling on Saturday came after Ibrahim Sorie Koroma, a lawyer and member of the ruling party All People’s Congress (APC), filed a legal request arguing that allegations of electoral fraud should be investigated before the vote takes place.

The court’s order stops the National Electoral Commission (NEC) from proceeding with the vote “the hearing and determination of this court”, adjourning the matter until Monday, the eve of the planned runoff.

Later on Saturday, NEC issued a statement saying it was aware of the injunction and awaiting service of official documents.

“While legal proceedings are on-going, the Commission will continue its practical and logistical preparations for the runoff,” the statement said.

Sierra Leoneans are set to choose their new president, after an initial round of voting failed to produce an outright winner.

The run-up to the vote has been marred by tension.

On Wednesday, the electoral commission accused police of disrupting its work, saying officers had “unwarrantedly entered NEC premises, unannounced and at random, interrogated NEC staff, and obstructed them from performing their duties”.

Police on Thursday denied the accusations and said they were investigating 200 cases of electoral fraud nationwide and that their role was to “remove from within its ranks” any NEC staff member likely to undermine fair elections.

Earlier, the African Union condemned “the worrisome prevalence of election-related violence” before the runoff vote.

In a statement on Tuesday, the organisation said it had “learned with dismay” that violence had become increasingly widespread in the country, and had included an incident in Bo City in which a NEC staff member was reportedly injured.

US GUNS: Children rally across USA for gun control