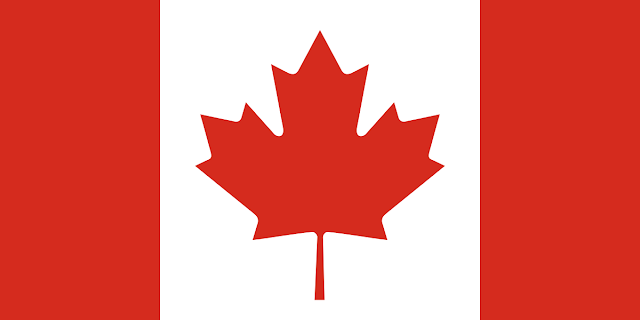 A recurring theme of Saudi attacks against Canada is “those in glass houses shouldn’t throw stones,” an expression that is roughly the same in both English and Arabic.

For this argument to hold up, though, it has placed Saudi propagandists in the uncomfortable position of having to prove that Canada is a pariah state of oppression, death and misery.

Below, a quick summary on how they did.

Special thanks to Rev. Majed El Shafie, founder of the Toronto-based non-profit One Free World International, for helping with Arabic translation. We’ve written before about his work to rescue Yazidi refugees from Iraqi Kurdistan.

Jordan Peterson is a Canadian political prisoner
This whole spat began because Canada has publicly campaigned against the jailing of Saudi blogger Raif Badawi. As a result, the easiest way to discredit Canada would be to find evidence of us similarly jailing political dissidents. On Monday, the Saudi-owned TV channel Al Arabiya ran a segment on the allegedly appalling conditions in Canadian prisons. Amid claims that 75 per cent of Canadian detainees die before standing trial, the segment also claimed that University of Toronto professor Jordan Peterson is a Canadian prisoner of conscience. Peterson certainly has his qualms with the Canadian justice system; he first rose to prominence as a critic of an Ontario law regarding gender expression. But the professor remains a free man. In fact, he’s arguably the opposite of incarcerated: An extraordinarily wealthy best-selling author who is selling out theatres across the continent. In Saudi Arabia, meanwhile, people who criticize the Saudi government don’t become messianic thought leaders. Rather, they actually get jailed. Another Canadian “political prisoner” highlighted by the Al Arabiya report was Denis Rancourt, a tenured University of Ottawa professor who was fired because he didn’t believe in grading. But Rancourt is also free. In fact, just this week he was speaking with the pro-Russian outlet Sputnik News. He told them he thought Canada’s criticisms of Saudi human rights were “disingenuous.”

The streets are strewn with homeless
Most of the entries on this list are thanks to İyad el-Baghdadi, an Oslo-based refugee and commentator on Arab affairs (he also has a podcast). He was the first to catalogue Saudi Arabia’s anti-Canadian attacks in a lengthy Twitter thread, and said that while the campaign might seem “crazy” to Westerners, “it’s also the new normal within the Arab world since the failing of the Arab Spring.” Canadian homelessness has been a frequent target of pro-Saudi Twitter accounts, with most posts using the exact same photograph: An image taken from the website of the Canadian Roger and Tatum Foundation showing a Montrealer carrying a sign reading “Canada Land of the Homeless.” “Saudis demand improved status of homeless children in Canada,” read one typical post. They’re not wrong: Montreal alone has an estimated 3,000 peoplesleeping rough. In 2007, however, a report from the Riyadh-based Imam Mohammad Bin Saud Islamic University estimated that Saudi Arabia has up to 83,000 homeless children. But the problem is not nearly as visible due to frequent crackdowns by Saudi authorities. Saudi Arabia routinely arrests “beggars” and has jailed journalists attempting to photograph the country’s poorer areas.

Canada is one of the world’s worst oppressors of women
Of all the ways to dig up dirt on Canada, Saudi sources are inexplicably fixating on our treatment of women. Kuwaiti commentator Fahad Alshlimi claimed on Saudi TV this week that Canada has one of the world’s highest rates of oppression against women. “What about the mystery of 1000 murdered women in Canada?!” wrote one widely followed Riyadh-based Twitter account. Saudi social media accounts were Statistics Canada reporton violence against women, calling it Canada’s “shame.” However, a deeper dive into that report would have revealed that it spends a lot of its time cataloguing things that Saudi Arabia does not even consider to be crimes. Domestic violence and spousal rape are not criminalized in Saudi Arabia, and Saudi women can be lashed for adultery if they are raped. Ironically, Saudi condemnations of Canada as a sexist backwater are happening simultaneously with Saudi criticism of Canadian foreign affairs minister Chrystia Freeland. Of course, female cabinet ministers like Freeland do not exist in Saudi Arabia. Unlike Saudi women, she is also legally allowed to make employment and travel decisions without the permission of a male guardian.

Did you find apk for android? You can find new Free Android Games and apps.
Sharing is caring:
world news World News Comments Off on SAUDI ARABIA: ‘Canada is the world’s worst oppressor of women” Print this News

« Liked on YouTube: Beatles – Let It Be [1970] (Previous News)
(Next News) Trending Uganda has uploaded a new video on YouTube »