KAMPALA (@UG_EDGE) – Rwanda President Paul Kagame has sacked his right-hand Minister James Musoni who was accused of snatching and impregnating a married a woman.

James Musoni was replaced by Claver Gatete as the new Ministry of Infrastructure.

In other changes, Dr Uzziel Ndagijimana who has been the state minster is now a full Minister of Finance & Economic Planning. He replaces Gatete.

Col. Chance Ndagano has been dropped at RwandAir while Yvonne Makolo takes over as chief executive officer of the national carrier. She has been the deputy CEO. 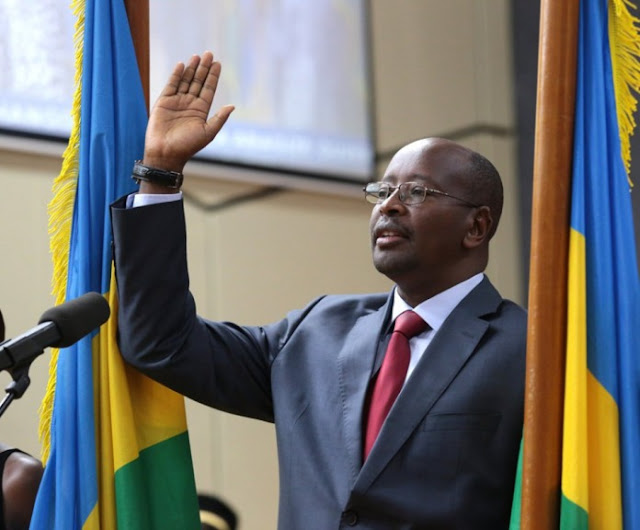 Did you find apk for android? You can find new Free Android Games and apps.
Sharing is caring:
rwanda, Kagame sacks minister Musoni who snatched soldier’s wife Rwanda No Comments » Print this News

« UGANDA: URA to write off Shs 400bn in govt tax arrears, go after peasant bank accounts instead (Previous)
(Next) UGANDA: What if this year was AD 33? »