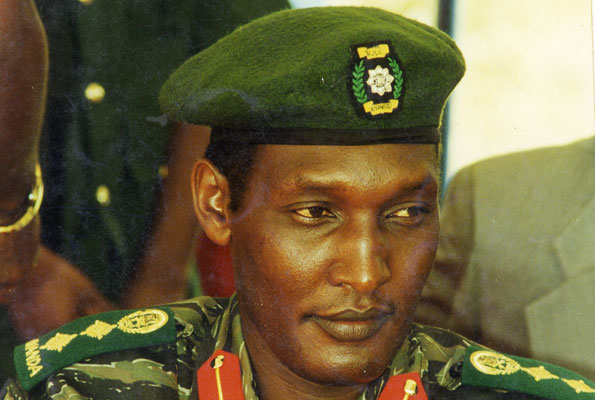 The official burial program is yet to be released but relatives say the deceased will most likely be laid to rest in Wakiso, Uganda.

Due to the prevailing tense relations between Uganda and Rwanda, relatives say it is unlikely that Kayumba will travel from South Africa where he lives in exile to bury his father in Wakiso.

Mzee Senumuha was among the Tutsi refugees who fled the 1950 tribal war in Rwanda before settling in the western part of the country.

A few years later, Nyamwasa was born in Uganda where he lived as a refugee.

He attended Mbarara High School for his secondary education and later Makerere University for a Bachelor’s degree.

With NRA taking power in 1986, Nyamwasa served as a unit political commissar and later a district administrator.

In 1990, Nyamwasa joined the Rwanda Patriotic Front (RPF), a rebel movement that toppled the genocidal regime in Kigali.

Due to his military background and high education, Nyamwasa served as head of intelligence and army Chief of Staff in Rwanda.

He would later fall out with President Kagame before sneaking through Uganda to South Africa. A few months in exile, an attempt was made on his life which he blamed on president Kagame. Kigali denied the accusation.

He also is accused of facilitating recruitment of militants in DRC to overthrow the government of president Kagame.

Nyamwasa has denied the claims as baseless, saying he doesn’t have intentions to use force of arms to remove Kagame from power.

On defection, Nyamwasa was accused of favoritism, corruption, abuse of office and creating his own power base within the Rwanda Defence Forces (RDF). On his part, Nyamwasa said the claims were politically motivated.

It’s understood Mzee Senumuha was “deeply disturbed” by the incarceration of his son Col. Rugigana Ngabo in Rwanda.

The East Africa Court of Justice ordered for his release, a directive Government of Rwanda did not comply with.

Rugigana who served as the Commanding Officer (CO) of the Engineering Regiment, was arrested by the army after Kayumba escaped to exile.

According to then Military and Defence spokesperson, Lt. Col Jill Rutaremara, Rugigana, Lt Col Rugigana Ngabo was arrested “because of his engagement in activities related to insecurity,” adding, “this has nothing to do with his relationship to Nyamwasa, but for individual criminal liability”’.