The subpoena was delivered in “recent weeks” and includes an order for the Trump Organization to turn over all documents related to Russia and other topics he is investigating, the Times reported, citing two people briefed on the matter.

It is the first known order directly related to Trump’s sprawling business empire.

Asked by the New York Times last year whether he would consider Mueller examining his and his family’s finances a “red line”, Trump said: “I would say yeah. I would say yes. By the way, I would say, I don’t – I don’t – I mean, it’s possible there’s a condo or something, so, you know, I sell a lot of condo units, and somebody from Russia buys a condo, who knows?”

He added: “I don’t make money from Russia. Other than I held the Miss Universe pageant there eight, nine years.” 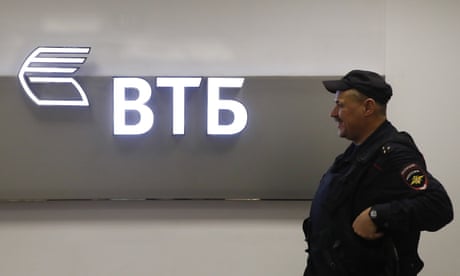 On Twitter, Trump has said he has had “nothing to do with Russia – no deals, no loans, no nothing”.

But on Wednesday Democratic lawmakers investigating possible collusion between the Trump campaign and the Kremlin alleged that the future president’s private company was “actively negotiating” a business deal in Moscow with a sanctioned Russian bank during the 2016 election campaign.

The statement by Democrats on the House intelligence committee, who have had access to internal Trump Organization documents and interviewed key witnesses, raises new questions about the Trump Organization’s financial ties to Russia and its possible willingness to deal with a bank that had been placed under US sanctions.

The Democrats did not indicate the source of their information.

One month before Trump laid down this “red line”, Don McGahn, the White House counsel, reportedly threatened to quit after Trump asked him to have Mueller fired because the president believed he had a number of conflicts of interest that disqualified him from overseeing the investigation.

Meanwhile a new poll from Pew Research Center found 61% of Americans were very or somewhat confident Mueller will conduct a fair investigation.

Opinions divided along party lines. Some 46% of Republicans and Republican-leaning independents agreed, while for Democrats the figure was 75%.

The study, carried out before Thursday’s announcement of sanctions on Russian intelligence for its interference in the 2016 elections, also found 55% of Americans either not at all or not too confident that the Trump administration will take serious action to prevent Russia from influencing future elections in this country.

Mueller was appointed in May 2017 to investigate whether the Trump campaign colluded with Russia to sway the 2016 presidential election.

He is also reportedly investigating whether Trump obstructed justice by firing former FBI director James Comey, who has said he refused to give the president his loyalty.

“As we’ve maintained all along and as the president has said numerous times, there was no collusion between the campaign and Russia,” Sanders told reporters. “We’re going to continue to fully cooperate out of respect for the special counsel. We’re not going to comment: for any specific questions about the Trump Organization, I’d refer you there.”