RUSSIA: Bolton: Trump Wants to Meet Putin Next Year, ‘After Russia Witch Hunt is Over’ 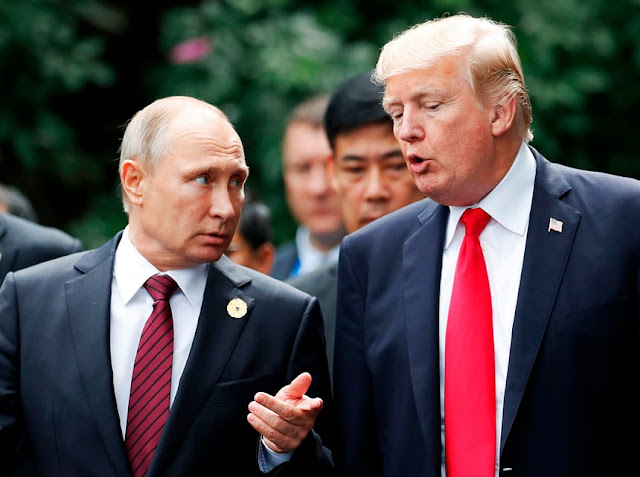 Bolton: Trump Wants to Meet Putin Next Year, ‘After Russia Witch Hunt is Over’

SPUTNIK – US President Donald Trump and Russian President Vladimir Putin will hold their next meeting after January 1, 2019, due to the ongoing Russia probe, National Security Adviser John Bolton said in statement on Wednesday.

“The president believes that the next bilateral meeting with President Putin should take place after the Russia witch hunt is over, so we’ve agreed that it will be after the first of the year,” Bolton said in a statement.

The White House earlier said Trump asked Bolton to invite Putin to the United States in the fall, though adding that specifics regarding the second high level summit of the Russian and US presidents have not been determined yet.

Trump and Putin met for the first official summit in Helsinki, Finland on July 16. The two presidents had a one-on-one private conversation followed by an expanded meeting. The two leaders discussed the Syrian refugee crisis, situation in Ukraine, nuclear proliferation and Russia’s alleged meddling in the 2016 US presidential election among other issues.

In the wake of the summit, the US president has been facing harsh criticism in Washington, as many US officials accused him of appearing weak as he stood next to Putin in Helsinki, leading some to believe Russia had “dirt” on him.

Did you find apk for android? You can find new Free Android Games and apps.
Sharing is caring:
world news World News Comments Off on RUSSIA: Bolton: Trump Wants to Meet Putin Next Year, ‘After Russia Witch Hunt is Over’ Print this News