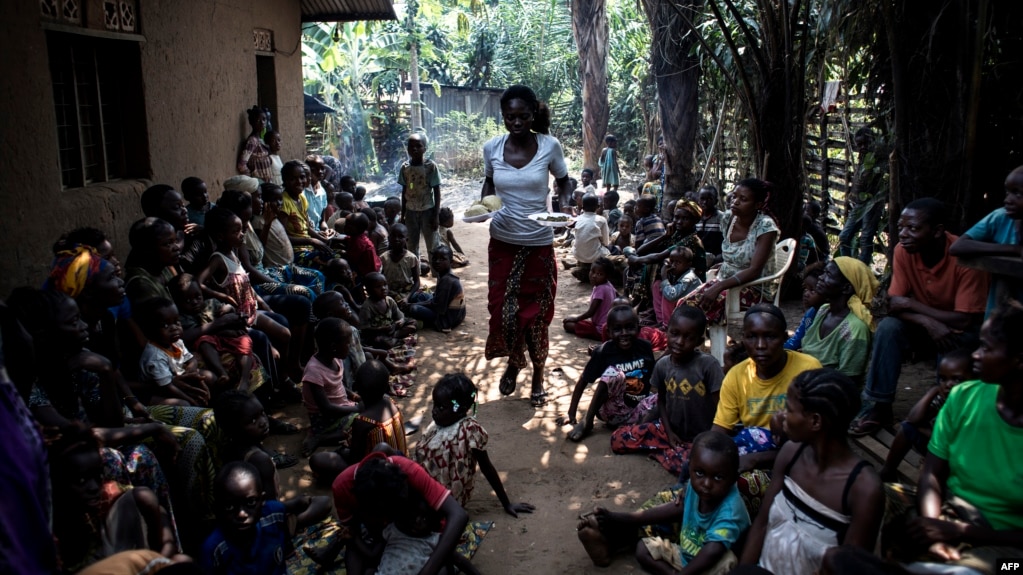 Fighting, Displacement Cause Hunger to Soar in DRC

GENEVA (VOA)  — The United Nations says hunger is soaring in the Democratic Republic of Congo mainly because of fighting and widespread displacement in Kasai and Tanganyika in Central and Eastern DRC.

The United Nations reports 7.7 million people in DRC, mainly in rural areas are suffering from acute hunger. This is a 30 percent increase since 2016 and the situation on the ground does not auger well for the future.

Conditions are particularly grim in the Kasai region. Spokeswoman for the World Food Program, Bettina Luescher tells VOA 3.2 million people there — or one in four — are suffering from severe food shortages.

The most worrying aspect, says Luescher is that the DRC has fallen off the international agenda and aid agencies are not receiving the money they need to provide life-saving assistance. She says WFP is so severely underfunded it was forced to cut food rations in half for beneficiaries in Kasai in November.

“The hard thing is how people are affected. People sometimes have fled into the bush,” she said. “People have died there because there was just no aid coming. So, I think it is a really, really tough one.”

The United Nations has appealed for $168 billion to provide humanitarian assistance for 10.5 million people in DRC this year. The response, so far, has been tepid.

In hopes of stimulating greater support, the U.N. plans to hold a large international donor’s pledging conflict in Geneva in mid-April.