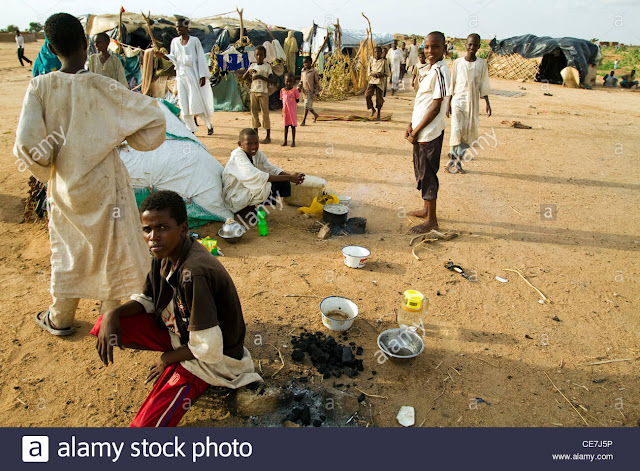 Over 8,300 Chadian refugees were living in Sudan prior to the start of the voluntary return at the end of 2017

KHARTOUM, Sudan, April 9, 2018/ — After more than 10 years of hosting Chadian refugees in Central Darfur, Mukjar refugee camp in Central Darfur is set to close, as the UN Refugee Agency (UNHCR) and the Commissioner of Refugees (COR) assisted the last refugees to return to their home country.

On Friday 6 April 2018, over 500 Chadian refugees still living in Mukjar camp were provided with return packages and transportation to a reception center in Eastern Chad, where UNHCR and the Government of Chad will provide further assistance for reintegration. UNHCR and COR are now making the final arrangements to hand over the land and camp facilities to local authorities and the host community.

“Throughout the time I lived in this refugee camp, I had never lost hope that one day I will be able to return home,” says Eissa Abakar, a 44-yearold Chadian refugee who fled to Sudan 12 years ago after conflict broke out in his country. “I feel privileged that I can finally be able to return home with my family.”

Taken by emotions as she boards the bus to Chad, Eissa’s wife, Acha Abdala is more than happy that her six children, half of them born in Sudan, are going to see their relatives and home village in Chad. “I have never wished for anything other than returning home. I feel like my dreams have come true,” she says as she sweeps tears with a shaky hand.

Mukjar camp was established in 2006, after refugees fled to the area following surge of hostilities between the government and opposition in Chad in 2006 and 2007. Since then, with the support of UNHCR, COR and Save the Children, Sweden, refugees have accessed basic services alongside the host community and internally displaced Sudanese, and have also been provided with protection services, non-food items, and food.

Upon the request for assistance of the Chadian refugees and with conditions improved in Chad, a tri-partite agreement was signed in May 2017 by the Governments of Sudan and Chad and UNHCR to provide a legal framework for the voluntary return of Chadian refugees in Darfur. In December 2017, UNHCR began assisting refugees to return to Chad, and has since supported the voluntary repatriation of nearly 4,000 refugees from Um Shalaya and Mukjar camps.

“UNHCR extends its appreciation to the Government of Sudan and residents of Darfur for welcoming and hosting the Chadian refugees for more than a decade,” said UNHCR Representative, Noriko Yoshida. “Finding durable solutions is a cornerstone of our work, so we are very pleased to be able to work with the Governments on both sides of the border to help refugees return home in dignity and safety”. 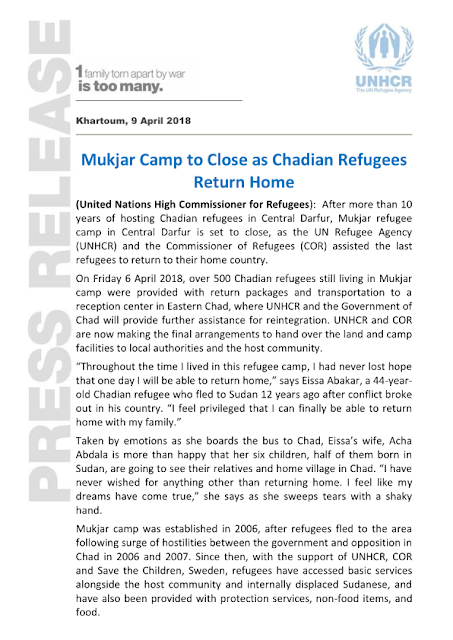