A migrant receives assistance from a Spanish Red Cross member upon her arrival aboard a Spanish coast guard ship at Tarifa’s harbor, June 14, 2018. Hundreds of migrants including minors and pregnant women have been rescued in the waters of the Strait of Gibraltar by the Spanish coast guard.

VOA – The Aquarius, a Doctors Without Borders vessel that rescued migrants off Libya’s coast last week and was refused harbor by Italy and Malta, docked in Spain Sunday.

The ship has been accompanied by two Italian vessels. The Dattilo, carrying some of the Aquarius migrants arrived earlier Sunday. The Orione is expected later in the day.

The migrants, who doctors say are “exhausted and stressed,” have been greeted in Valencia with a big “Welcome Home” sign in various languages. 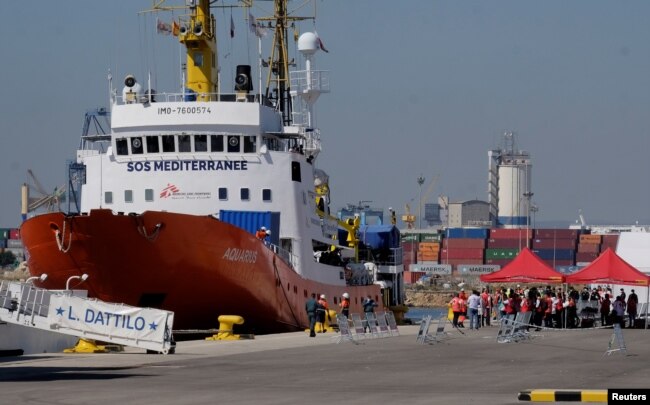 According to Valencia officials, the migrants include 450 adult men and 80 women. Seven of the women are pregnant. There are also 11 children younger than 13 and 89 adolescents.

Doctors Without Borders say the migrants come from 26 countries, mainly from Africa, but also Afghanistan, Bangladesh and Pakistan.

“It is our duty to help avoid a humanitarian catastrophe and offer a safe port to these people to comply with our human rights obligations,” said Spain’s newly installed prime minister, Pedro Sanchez.

“People are coming to Europe seeking European values of solidarity and support,” Red Cross Secretary General Elhadj As Sy said Saturday in Valencia. “Anything less than that is a betrayal (of) Europe itself.”

Joan Ribo, the mayor of Valencia, said Italy’s refusal to accept the Aquarius was inhuman.

A team of 2,320 people, including 1,000 Red Cross volunteers has been mobilized to assist the migrants in Valencia. 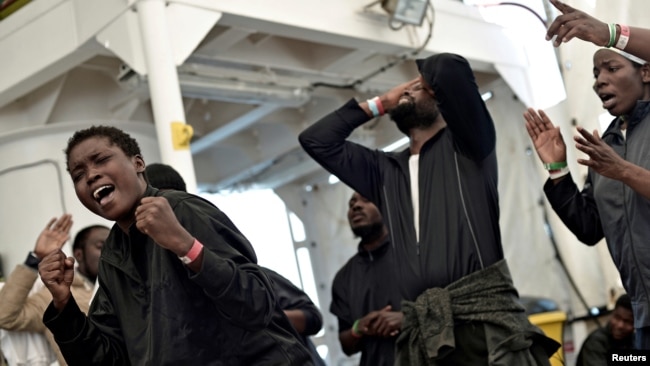 Migrants sing on the deck of MV Aquarius, a search and rescue ship run in partnership between SOS Mediterranee and Doctors Without Borders on their way to Spain, June 16, 2018.

Spain offered to accept the migrants after both Italy’s new populist government and Malta refused to let the ship dock in their ports.

Spain’s offer, Foreign Minister Josep Borrell said, was a “political gesture” to “oblige Europe to forge a common policy to a common problem.” 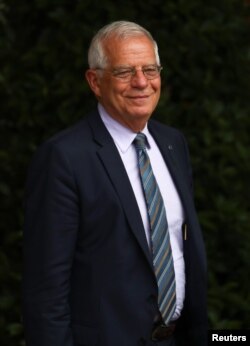 Doctors Without Borders President David Noguera called on European countries Saturday to adopt a new migration policy to prevent another crisis like the one in the Mediterranean Sea.

“This obliges us all and mainly the European authorities and the countries of the European Union to rethink this model at once,” Noguera said. “It is unacceptable that after three or four years we continue with these levels of suffering and mortality in this Mediterranean Sea, which has become the deadliest migratory corridor in the world.”

The Spanish government said in a statement Saturday that France will accept migrants who wish to go there and who meet the country’s criteria for asylum once they have been processed in Valencia.

Spanish Prime Minister Sanchez said he appreciated French President Emmanuel Macron’s assistance, which he believes should be the model of “the framework of cooperation” that European nations must embrace to address the immigration issue.

More migrants on the way

European Union leaders meet later this month and migrant reform is expected to be the main topic. 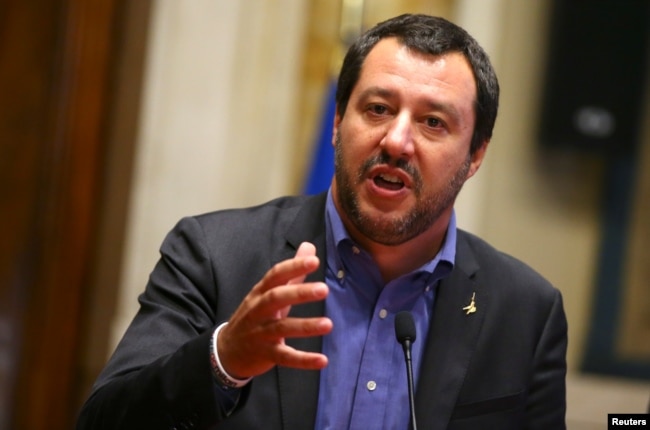 Italy’s Interior Minister Matteo Salvini speaks to the media after a round of consultations with Italy’s newly appointed Prime Minister Giuseppe Conte in Rome, May 24, 2018.

Italy’s new interior minister, Matteo Salvini, who also leads the far-right League, said earlier this week Italy’s refusal to accept the Aquarius was designed to force other European countries to share the burdens presented by the ongoing influx of migrants.

But Salvini warned Saturday that another migrant rescue mission off the Libyan coast involving two Dutch-flagged ships would not be allowed to dock in Italy. Salvini said in a Facebook posting the NGO ships, the Lifeline and the Seefuchs, were off the Libyan coast waiting to pick up migrants who had been abandoned by human traffickers.

“They should know that Italy no longer wants to be an accomplice in the business of illegal immigration and therefore they will have to aim for other non-Italian ports.”

Salvini told the Senate on Wednesday he was receptive to forming an alliance with Germany and Austria on immigration before a key EU summit later this month. Summit leaders will consider changes to EU asylum law to more effectively share the burden of incoming migrants.

Demonstrators in Rome took to the streets Saturday to protest the country’s new flat tax policy and Salvini’s anti-immigrant policies. Many protesters held up placards, with one calling on the government to “Open the ports and the wallets.” —— AUTO – GENERATED; Published (Halifax Canada Time AST) on: June 17, 2018 at 11:41AM

SOUTH AFRICA: Zuma threatens to spill the beans, will not go down alone!

DRCONGO: US blocks visas for ‘corrupt’ DR Congo officials – WHAT ABOUT SAM KUTESA?