REFUGEES: Donors threaten to cut aid to Uganda over theft

FILE – In this Friday, June 9, 2017 file photo, a South Sudanese refugee girl with a baby on her back carries a foam mattress to the communal tent where they will sleep, at the Imvepi reception center, where newly arrived refugees are processed before being allocated plots of land in nearby Bidi Bidi refugee settlement, in northern Uganda. International donors are threatening to withdraw funding for Uganda’s South Sudanese refugee crisis over allegations that include misuse of relief items and the trafficking of girls and women, a government official said Tuesday, Feb. 6, 2018.Ben Curtis / AP

KAMPALA (AP) — International donors are threatening to withdraw funding for Uganda’s South Sudanese refugee crisis over allegations that include misuse of relief items and the trafficking of girls and women, a government official said Tuesday.

The allegations threaten Uganda’s global reputation as a progressive host to refugees fleeing violence in neighbouring countries. The East African nation has struggled to support more than 1 million South Sudanese refugees, many of whom poured in over the past year and a half.

A criminal investigation is underway after the United Nations resident co-ordinator raised concerns last month, a minister in charge of refugees, Musa Ecweru, said in a statement.

The allegations of “gross mismanagement, fraud and corruption” include theft of relief items for refugees, he said. It was not clear what amount of aid allegedly was diverted. “It is important that these investigations are conducted in an independent manner,” Ecweru said.

A U.N.-backed fundraising summit in Uganda in June brought in over $350 million for the refugee crisis.

The European Union, a main benefactor, called the allegations “troubling” and urged “urgent and thorough investigations as well as for changes to the registration system for refugees.”

The EU’s anti-fraud office has been notified and also will investigate the charges. 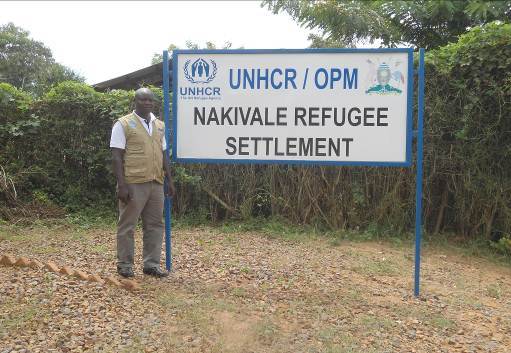 KAMPALA (@UG_EDGE) – Four officials in the Office of the Prime Minister have been interdicted following a complaint of gross abuses of South Sudan refugees in Ugandan camps to Dr Ruhakana Rugunda by United Nations.

Before he could get results, on January 26, 2018, Rugunda received a letter from the UN resident coordinator, Rosa Malango citing gross mismanagement, fraud and corruption in Ugandan refugees operations.

Rosa’s letter further cited numerous theft of relief items for refugees and misapplication of government land for themselves, allegations of trafficking minor girls and married women to men not of their choice and interference in refugee elections and community leaders by staff of Department of Refugees headed by Apollo Kazungu, the commissioner for refugees.

Donors especially US, European Union and UK threatened to withdraw aid to refugee programmes in Uganda.

Officials asked to step down

In his January 30 directive, Onek told Guwatudde to either interdict or cause the officers to step aside while investigation into their conduct commences immediately.

Musa Ecweru, the State minister for Relief, Disaster Preparedness and Refugees, issued a press statement in which he said they took the allegations “seriously”.

“As such, the leadership in the Office of the Prime Minister which oversees refugee issues in the country, in collaboration with partners, is already seized by the matter and is working with stakeholders, including the United Nations system at different levels, with a view of establishing the facts and truth and taking remedial action”.

Ecweru said the government had already “commenced measures to investigate” the allegations, and that it had also taken “immediate administrative measures” including the biometric registration of all refugees in the country.

EU statement on the scandal

The European Union delegation to Uganda has identified through its UN implementing partners UNHCR and WFP allegations of malfeasance and corruption in managing refugee assistance programmes in Uganda. EU funding has been provided to the two UN agencies responsible for these programmes and the allegations were brought immediately and directly to the attention of the Government of Uganda.

We take a zero-tolerance approach when it comes to any allegations of misconduct occurring in European Union funded projects and even more so when this has potential negative effects on an already very vulnerable population such as refugees and host communities.

Our UN partners, the UNHCR and the World Food Programme, have duly informed us and we have been coordinating closely with them, with other donors and with the Office of the Prime Minister to get a clear understanding of these troubling allegations as well as to discuss the immediate appropriate actions and the way forward.

In meetings with the government and partners, the EU delegation has called for urgent and thorough investigations as well as for changes to the registration system for refugees. We take note of the prime minister’s commitment on zero tolerance to malfeasance and of the firm lead he has taken to address all allegations resolutely and immediately.

The prime minister communicated his decisions and vision already last week at the press conference with UNHCR High Commissioner Filippo Grandi and we understand that some actions have been taken. With the government of Uganda successfully developing a Comprehensive Refugee Response Framework (CRRF), it is indeed of outmost importance to address swiftly and thoroughly any allegations of malfeasance in order not to impair this important process and the public support from the European taxpayers.

The European Union delegation is monitoring the development of the investigations and will continue to coordinate closely with government and with partners towards a swift and thorough review of refugee operations in Uganda to ensure that critical services to refugees can be provided efficiently and transparently.

Finally, as soon as we were informed about allegations of corruption and fraud affecting EU supported humanitarian actions, we formally submitted the case to the EU’s anti-fraud office (OLAF), for investigation.

« AFRICA FOOD SECURITY: Army warm to cause loses of $3.6B – $6.2B per year (Previous)
(Next) SOUTH SUDAN: Protests break out over US arms embargo » POPULATION: Wealth of nations, how is Africa faring?

2 Comments to REFUGEES: Donors threaten to cut aid to Uganda over theft