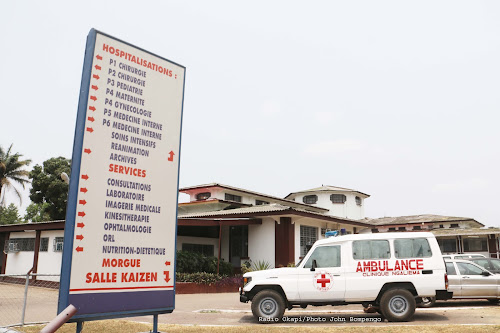 An English version follows after the French.

KINSHASA (Radio Okapi) – The National Union of Doctors (SYNAMED) confirm the start of the strike throughout the whole of the Democratic Republic of Congo from next Monday, April 23. The white coats accuse the DRC government for not having improved their wage conditions, despite accrods signed between the two parties.

“The national executive has sent a notice of the lifting of the suspension of the strike to his excellency Prime Minister Head of Government. The resumption of the strike will be from Monday, April 23, 2018 throughout the Democratic Republic of Congo, “said Thursday, April 19 in Kinshasa, the deputy secretary general of SYNAMED Roland Nengi.

He said the SYNAMED came to this decision of the resumption of the strike following the exhaustion of all administrative procedures.

“The DRC government had taken seven commitments through an agreement signed with the union bench. After evaluation of the implementation of the Agreement, the SYNAMED sent to his Excellency the Prime Minister three matches of the alert to poor development of the application of the agreement. All these matches were not followed both by his Excellency Mr. Prime Minister Tshibala Nzenze that members of the government including four ministers signed the Agreement “regretted Roland Nengi.

On April 12, the SYNAMED had granted nearly two weeks notice to the government to meet the claims of physicians, on the promotion of ranks of doctors, improving their salary package and bonus payments to new doctors, most prestent for years without access to this right.

Did you find apk for android? You can find new Free Android Games and apps.
Sharing is caring:
doctor strike, DR Congo DR Congo No Comments » Print this News

DRCONGO: Kabila sacks 256 judges for “not having law degrees”