WTI rose to its highest level in more than a month this week, hovering just around $50 per barrel. Brent surpassed $55 per barrel on Thursday, the highest level since the beginning of the year. Strong demand combined with easing fears about hurricane disruptions in the U.S. has pushed oil up this past week. Plus, another missile launch from North Korea kept the markets on edge.

IEA: supply down, demand up. The IEA published an encouraging Oil Market Report this week, noting that global oil supply contracted for the first time in months while demand remains very robust. The Paris-based energy agency said that oil demand growth could hit 1.6 mb/d this year, an upward revision from the 1.5 mb/d estimate last month. Refined product inventories are also nearing the five-year average level, a sign that the oil market is making a great deal of progress towards rebalancing. The report also dismissed fears that the hurricanes in the U.S. would dramatically reduce demand – the agency said any effects will be “short-lived.”

Texas recovering. U.S. oil production rebounded sharply after a major disruption from Hurricane Harvey. After declining by about 750,000 bpd in the week after the storm, U.S. oil production jumped back by about 570,000 bpd last week. Still, inventories climbed again in the most recent EIA data release, with about 10 million barrels added over the two-week period.

Saudi Arabia wants oil exports monitored, not just production. While OPEC members have cut some 1.2 million barrels of production over the past year (plus a little less than 0.6 mb/d from non-OPEC members), that has not actually translated to the same reduction in exports. In fact, oil exports from the participating countries remain elevated, undercutting the efficacy of the agreement. The Wall Street Journal says that although OPEC agreed to cut output by 1.2 mb/d, exports have only declined by 213,000 bpd, as countries sell product from storage or otherwise reduce consumption to leave more oil for export. Saudi Arabia now wants to change that and its officials are pushing for OPEC to monitor country-level exports at its upcoming meeting on September 22. “The level of exports is the only measurement markets care about,” John Hall, chairman of U.K. consulting firm Alfa Energy, told the WSJ in an interview. “So cutting them will definitely boost oil prices.” Still, many OPEC members will probably resist the initiative. Saudi Arabia has already unilaterally started to reduce exports in an effort to provide a jolt to the market.

U.S. backs down from scrapping Iran nuclear deal. The U.S. renewed a waiver on Thursday, keeping sanctions relief in place for Iran and preserving the landmark 2015 nuclear deal. The move was closely watched because President Trump has repeatedly expressed his displeasure with the deal. Still, the Trump administration is in the midst of a strategic review regarding its policy towards Iran, with a more comprehensive approach expected to be announced in October.

Shell forms partnership with Petrobras. Royal Dutch Shell (NYSE: RDS.A) signed an agreement this week with Brazil’s Petrobras to setup a five-year cooperative relationship to explore for oil in Brazil’s pre-salt. The memorandum of understanding said the companies will share technical solutions, contract management expertise, cost efficient initiatives and deep water experience. The pre-salt – vast oil reserves trapped underneath a thick layer of salt – offers some of the most attractive offshore resources in the world. Brazil’s recent liberalization has finally allowed international firms to move in and take larger stakes in the country’s offshore sector. 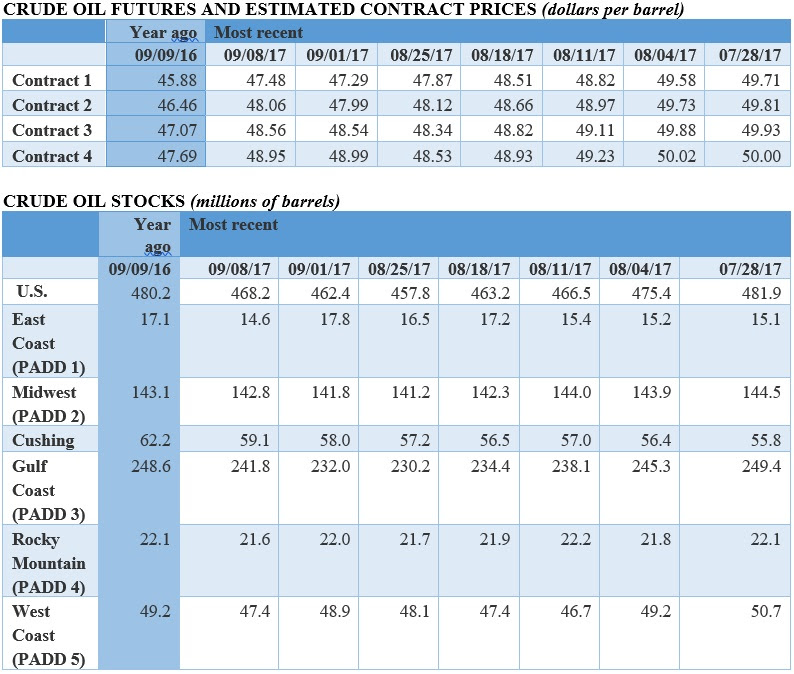 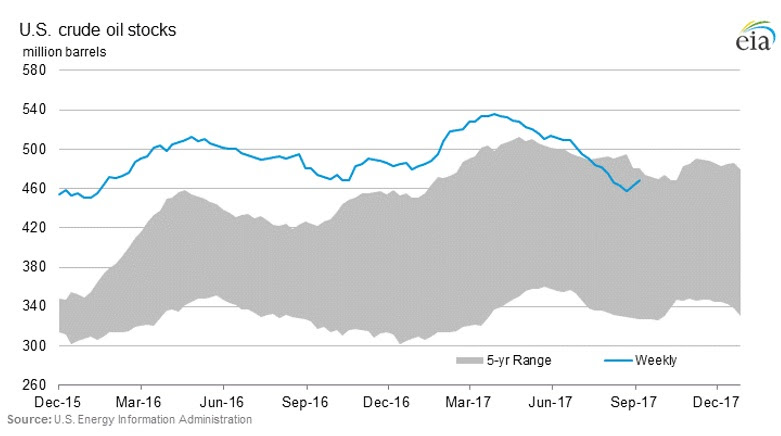 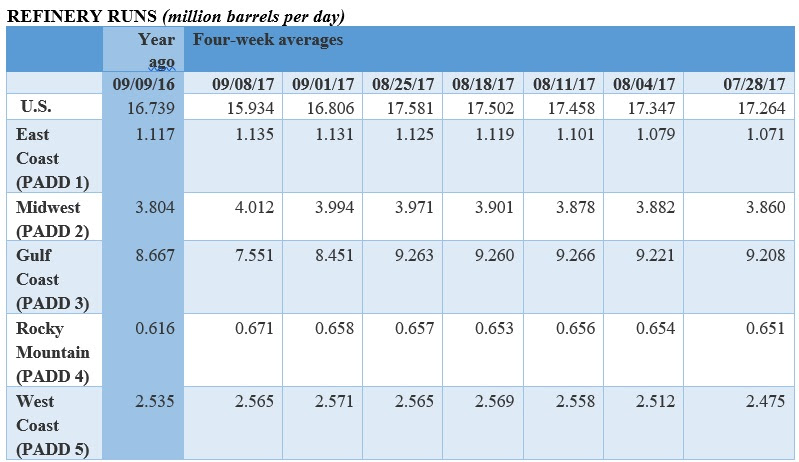 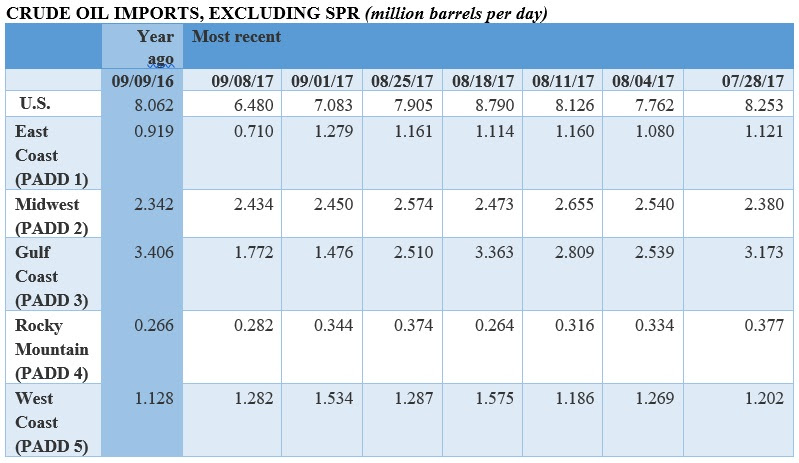 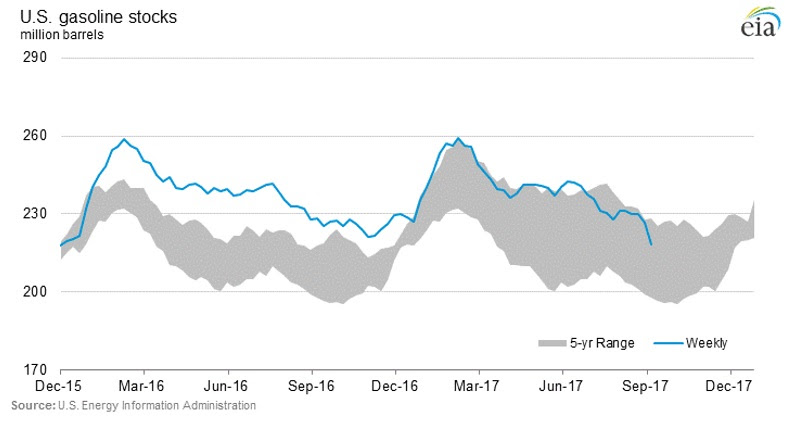 Jim Chanos shorting U.S. shale. Jim Chanos of Kynikos Associates is shorting U.S. shale companies because he says they are much weaker than the market realizes. “In our view, people have been looking at this industry through the rose-colored glasses of Wall Street. And this is the inherent problem with the North American shale business,”he said at a CNBC conference on Tuesday. Chanos said that around three dozen shale drillers will see their earnings eaten up by spending this year, leaving them struggling to pay off debt. He argues that many drillers will never escape this debt treadmill. He also argues that the excessive focus from Wall Street on EBITDA figures obscures deeper financial problems in the shale patch. “This has attracted a lot of capital on the Street, in private equity and elsewhere, and we still think they’re being mesmerized by a metric that is going to lead to problems for returns on capital in this industry,” he said. Chanos is not the first to voice concerns about U.S. shale, but his shorting of Continental Resources (NYSE: CLR) has raised eyebrows. Separately, he is also shorting Tesla (NYSE: TSLA).

Venezuela stops dealing in U.S. dollars. Due to U.S. sanctions, Venezuela’s PDVSAtold oil traders it will no longer send or receive payments in U.S. dollars, instead choosing to work with euros. “To fight against the economic blockade there will be a basket of currencies to liberate us from the dollar,” Vice President Tareck El Aissami, said on Friday. But many view the policy as self-destructive. “This political posturing will only be to their detriment,” Nomura debt analyst Siobhan Morden told the WSJ. “You’re imposing self-harm with no practical purpose.”

BP-led consortium extends Azerbaijan contract. BP (NYSE: BP) and its partnersextended a contract with Azerbaijan this week to continue to produce oil at the massiveAzeri-Chirag-Guneshli (ACG) oil fields through 2050. The original deal, signed in 1994, was dubbed “the contract of the century.” Under the extension, BP will lower its stakes in the project from 35.8 percent to 30.37 percent, and the Azeri state-owned oil company SOCAR will up its stakes from 11.65 percent to 25 percent. BP’s other partners, including Chevron (NYSE: CVX), Inpex, Statoil (NYSE: STO), ExxonMobil (NYSE: XOM), TPAO, Itochu and ONGC Videsh will also lower their stakes.

Did you find apk for android? You can find new Free Android Games and apps.
Sharing is caring:
OIL, ENERGY, OPEC, gas, LNG World News, Business Comments Off on Oil report for September 15, 2017 Print this News

TRUMP: Stormy Daniels’s lawyer @MichaelAvenatti going up for presidency will kill it