•    Hurricane Harvey slammed into the coast of Texas over the weekend, walloping the high concentration of oil and gas assets in the region.

•    As of Monday, an estimated 2.3 million barrels of refining capacity per day was knocked offline.

•    A fifth of the Gulf’s offshore production was sidelined, and although data was a little more opaque, Texas shale production may have seen 400,000 to 500,000 bpd disrupted.

•    Valero Energy (NYSE: VLO) shut down its Corpus Christi and Three Rivers refineries late last week ahead of the hurricane, and said on Monday that it is trying to figure out when they will reopen. 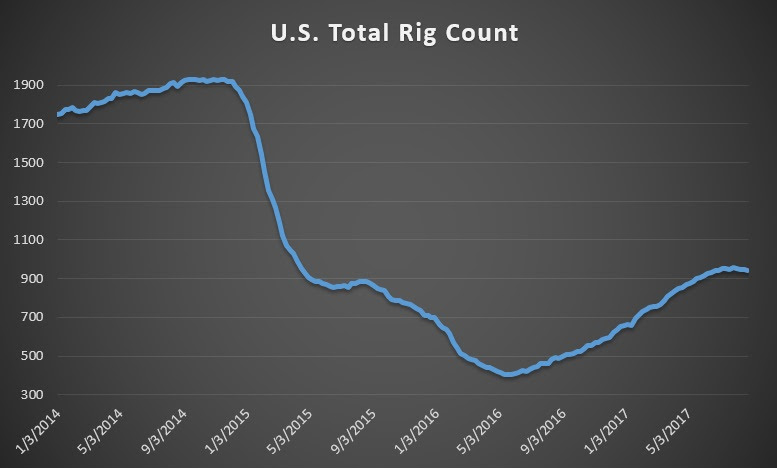 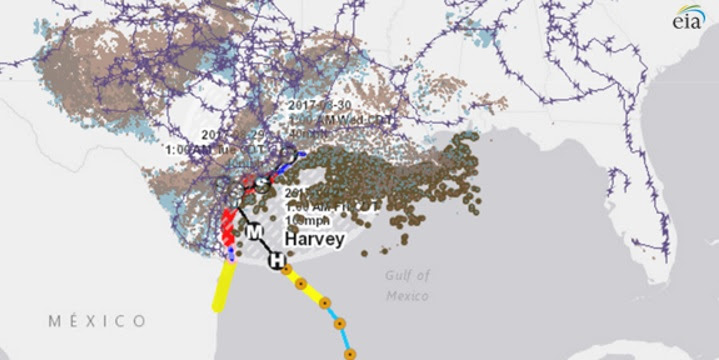 Oil prices sank on Monday as Hurricane Harvey devastated Houston and other parts of the Texas coast. The outage of key oil ports have disrupted shipments, leaving Texas shale drillers without a destination for their crude. The fear is that oil supplies will build up within Texas, which is why crude prices sank. The flip side is that the refinery outages have caused gasoline prices to skyrocket, opening up a wide crack between crude and products prices.

Refining outages disrupt fuel supply. An estimated 2.3 mb/d of refining capacity has been shut down temporarily, with major refineries such as ExxonMobil’s (NYSE: XOM)massive Baytown complex shuttered. Royal Dutch Shell (NYSE: RDS.A), Phillips 66 (NYSE: PSX), Chevron (NYSE: CVX) and others also shut down refineries. Gasoline from Texas supplies much of the U.S. East Coast, but it also supplies Latin America and Europe, so the outages will be felt around the world. As for crude, the refiner closures mean demand will take a temporary hit, and plunging oil prices in the last few days reflect that. The rain is expected to continue through much of this week.

Oil production curtailed. An estimated 20 percent of the Gulf of Mexico’s offshore oil production was sidelined from the storm, or roughly 400,000 bpd. The outages offshore aren’t expected to last very long.

Corpus Christi port closed. An oil drilling ship sank in the port of Corpus Christi, blocking the ship channel. The drill ship, owned by Paragon Offshore, could delay reopening of the port. Corpus Christi has grown in importance recently because the volume of crude oil exports leaving the U.S has exited through the city’s port.

Refining outages could get worse. ExxonMobil may begin shutting down its Beaumont, TX refinery today, a facility with a capacity of 362,000 bpd, due to rising waters. It also plans on shutting down a 240,000-bpd crude distillation unit. Motiva Enterprises will make a decision on Tuesday on whether or not to shut down its refinery in Port Arthur, TX, the nation’s largest oil refinery. The facility has a capacity of 603,000 bpd, but Reuters reportsthat high water and problems obtaining crude oil are affecting operations. At the time of this writing, no word has come from Motiva. The outages of these two refineries would seriously exacerbate the growing gasoline shortage.

IEA: No need for SPR release. The IEA said that despite the catastrophe in Texas, there is no need to release crude oil from strategic stockpiles because the oil market is well supplied. In any event, the shortages will be in the refined products market much more so than for crude oil.

Saudi Arabia and Russia push for three-month extension. Saudi Arabia and Russia have hinted that they would be open to extending the coordinated production cuts for another 3 months after the expected expiration date in March, pushing the deal through the end of June 2018. “There are concerns that if OPEC and non-OPEC producers exit the market in March, traders will react quite negatively to it and behave as if the market is in a free fall,” one senior Saudi oil official told the WSJ. “This also ensures that producers won’t pump full tilt and push prices down,” he said. Still, even if the deal is extended for another 3 months, the group has not coherently sketched out an exit strategy.

Libyan oil fields shut down. Three large Libyan oil fields have been shut down because of a confrontation with militants. One group shut down a pipeline leading to the Sharara field, Libya’s largest. The nearly 300,000-bpd field has been shuttered for a week. Two other fields – the El Feel and Hamada – have also been disrupted. Data is murky right now, and the fields could restart at any moment, but after exceeding 1 million barrels per day recently, Libya’s output is likely been reduced by about 350,000 bpd.

U.S. issues new round of sanctions on Venezuela. The U.S. government slapped new sanctions on Venezuela on August 25, aimed at preventing Venezuela from tapping U.S. debt markets, a major escalation from Washington. The first phase of sanctions targeted individuals, but these new measures prohibits U.S. institutions from trading new bonds with the government of Venezuela or state-owned oil company PDVSA, a move intended to choke off the regime’s finances. Crucially, however, the U.S. exempted Citgo, PDVSA’s U.S.-based subsidiary. Citgo has refining and retail gasoline operations in the U.S.

Statoil strikes out in the Arctic. Statoil (NYSE: STO) reported that it found no oil when it drilled its highly-anticipated Korpfjell field, thought to be a huge oil field in the Norwegian Arctic. Statoil had thought the field could hold more than a billion barrels of oil, which would have made it one of the largest fields in Norway and really opened up the Barents Sea for development. “The results are of course disappointing, but it is too early to draw any conclusions on how this will impact the Barents Sea south-east area,” Jez Averty, Statoil’s head of exploration in Norway and the UK, said in a statement.

« Uganda women are being killed daily and no one cares! (Previous News)
(Next News) Some 2 million Ugandans will fall off the Internet – assuming their govt is good in ICT »