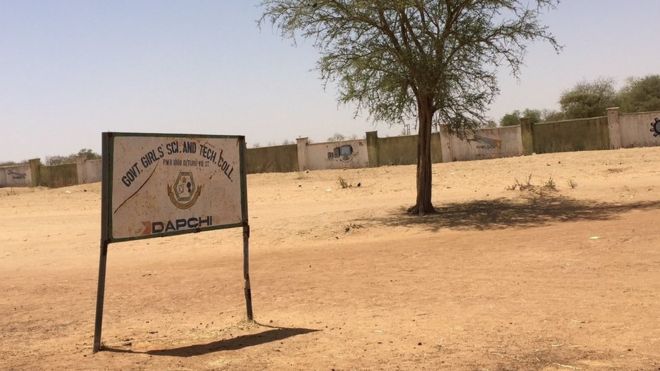 Image copyrightREUTERSImage captionThe girls were taken from a boarding school in Dapchi, Yobe state, in February

BBC – The majority of the Nigerian schoolgirls kidnapped by militants from the town of Dapchi last month have been returned, the government says.Nigeria’s Ministry of Information says 76 of the 110 schoolgirls were brought back in the early hours of this morning following “back channel efforts”.

The army then “paused” its operations in the area to ensure “lives were not lost”, the statement continued.

However, the statement did not address reports a number of the girls had died.

The Minister of Information and Culture, Alhaji Lai Mohammed, said in the statement that girls were released “unconditionally” and “with the help of some friends of the country”.

“The government had a clear understanding that violence and confrontation would not be the way out as it could endanger the lives of the girls, hence a non-violent approach was the preferred option,” Mr Mohammed added.

He also revealed the numbers could go up because the girls were not handed over to anyone in particular, allowing for an official count.

Who are Boko Haram?
Dapchi families’ heartbreak and despair
The secret diaries of the Chibok girls
What we know about Chibok kidnappingsParent Kundili Bukar told the BBC the militants – understood to be Boko Haram – drove into the town in a motorcade in the early hours of Wednesday morning and surrendered the girls to the community.

The militants are said to have left immediately. He said the girls were looking haggard and tired – although some reportedly found the strength to run home to their families after being released.

Another parent, Manuga Lawal, said he had managed to speak to his daughter, who was among the kidnapped girls, on the phone.

The girls were taken from their school on the evening of Monday, 19 February, by a group of militants who had attacked the town of Dapchi. 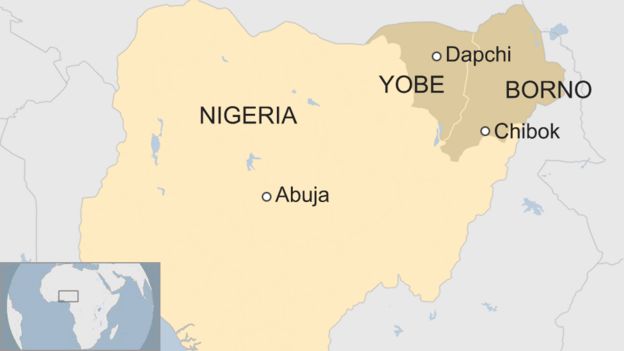 Originally, it was claimed many of the girls had escaped and no-one had been kidnapped. But a week later, authorities admitted they were taken by the Islamist militants.

Nigeria’s President Muhammadu Buhari, who called the kidnappings a “national disaster” and apologised to the girls’ families, indicated on 12 March that the government was negotiating with the militants to secure girls’ release and were not seeking a military solution.

“We are trying to be careful. It is better to get our daughters back alive,” he said in a press release seen by news agency AFP.

The kidnapping raised uncomfortable parallels with the abduction of the Chibok girls, who were taken from their school in neighbouring Borno state in April 2014.

The military and the government initially denied the kidnappings in Chibok, some 275km (170 miles) south-east of Dapchi.

Former President Goodluck Jonathan was criticised for not doing enough to recover the girls. The abduction sparked global outrage and led to social media campaign

The Chibok abduction sparked global outrage and led to one of the biggest social campaigns in recent years.

More than 100 of the 276 kidnapped schoolgirls remain in captivity.

« UGANDA: Crooked KCCA destroys investor property (Previous News)
(Next News) UGANDA: Foreigner arrested with heroin in Uganda; she was not murdered like recent 6 »

CHINA: Blast near US Embassy in Beijing

TRUMP delays proposed Putin meeting until 2019 – WHO IS EVEN KEEPING TRACK OF THESE THINGS?