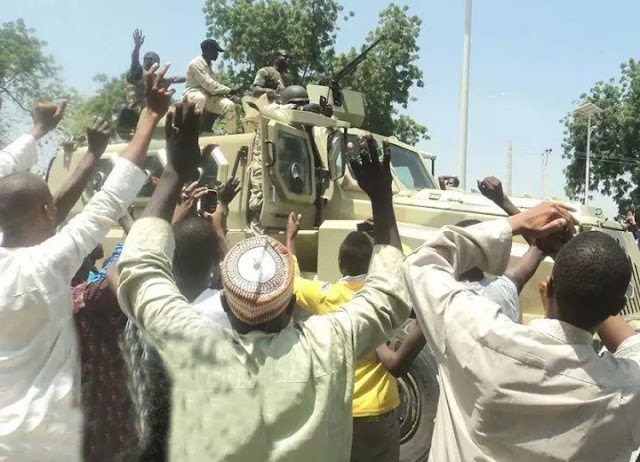 MAIDUGURI, Nigeria (Reuters) – Nigeria’s military said on Monday it had helped to rescue more than 1,000 people held by Islamist militant group Boko Haram in the northeast of the country.

It said the hostages consisted mainly of women and children, as well as some young men who had forced to fight for the group. Reuters was unable to independently verify the details contained in the military statement.

The military, in an emailed statement, said troops rescued hostages from Malamkari, Amchaka, Walasa and Gora villages of Bama Local Government Area in the northeastern state of Borno.

It said the operation was conducted in conjunction with troops from neighboring countries who make up the Multinational Joint Task Force.

The government has been saying since December 2015 that the militants had been defeated. But the group, which has kidnapped thousands since it began an insurgency in 2009 aimed at creating an Islamic state in the northeast, has carried out high-profile attacks in the last few months.

President Muhammadu Buhari, who took office in May 2015 vowing to end Boko Haram’s insurgency, has made it a priority to improve security in Africa’s most populous country but insurgents have continued to carry out suicide bombings, gun raids and kidnappings.

Did you find apk for android? You can find new Free Android Games and apps.
Sharing is caring:
TERROR, nigeria, Boko Haram, Buhari World News No Comments » Print this News