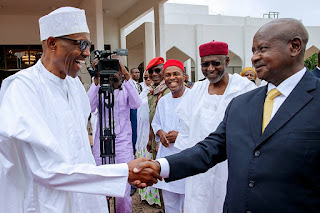 Senate President Bukola Saraki said 15 senators had “decamped”, without giving details. The move comes weeks after a faction of Buhari’s ruling APC party said this month it no longer supported his government.

Deepening divisions threaten to split support for Buhari within powerful patronage networks and among voters ahead of a presidential poll scheduled for February 2019 that will decide who runs Africa’s top oil producer.

“Total number of APC senators that defected is now 15. With Senator Nyako signing few minutes ago. APC is now a minority in the senate,” said Saraki’s aide, Bamikole Banks Omisore in a tweet.

Fourteen of the 15 who left the ruling party went to the opposition People’s Democratic Party (PDP) which was in power from 1999 until Buhari took office in 2015. It leaves Buhari with a minority in the upper house for the first time since he came to power.

Relations between Buhari, the legislature and some members of his own party have been strained for months with fissures emerging in public over the last few weeks.

Buhari, a 75-year-old former military ruler, said in April that he would seek another term. His candidacy depends on party approval, though that is usually considered to be a formality for the incumbent. Parties must select their candidates for the election between Aug. 18 and Oct. 7. —— AUTO – GENERATED; Published (Halifax Canada Time AST) on: July 24, 2018 at 09:21AM