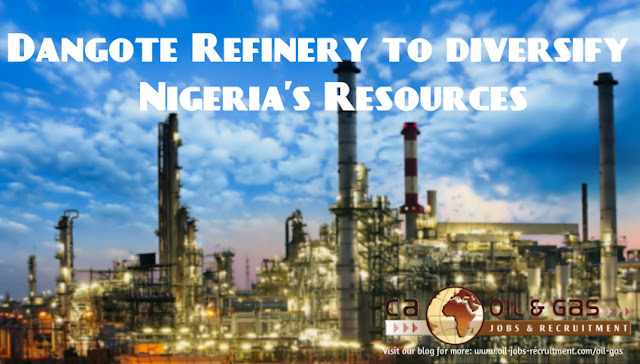 LONDON (Reuters) – A huge oil refinery being built in Nigeria by Africa’s richest man is unlikely to start production until 2022, two years later than the target date, sources with direct knowledge of the matter said.

The 650,000 barrel per day (bpd) refinery near Lagos, set to be Africa’s biggest, is expected to boost Nigeria’s growth and turn the country from an importer of refined products into an exporter, transforming global trade patterns.

Billionaire Aliko Dangote, who built his fortune on cement, told Reuters last month he hoped to finish building the refinery in 2019 and to start production in early 2020.

However, the sources, who have been on the site many times, said they do not expect gasoline or diesel output before early 2022 and even then, many units at the refinery and accompanying petrochemical plant would not be complete.

Dangote Group Executive Director Devakumar Edwin, who oversees the project, described the suggestion that the refinery is unlikely to start production until 2022 as the product of “someone’s wild imagination”.

“We started civil works in July last year and we have scheduled 2-1/2 years for mechanical completion,” he said, referring to the point where a plant is ready to be handed over for commissioning.

Dangote, who expects the project to cost $12-14 billion, said in July he has raised more than $4.5 billion.

“I’ve never seen a refinery of that scale built in two years. It’s highly improbable due to the sequence of events that need to happen, it cannot be fast-tracked safely,” a source advising the Nigerian government said.

The sources said a refinery on such a scale would likely need five years to complete and the piling underpinning the plant had only started in the second half of last year and would take some more months to complete.

Extra piling was needed to support the plant’s units in the swampy area, causing an unforeseen delay, the sources said.

Analysts also anticipate delays owing to the scale of the project in an area with limited infrastructure.

“In our forecast, we are putting late 2021 at the earliest for some gasoline production but it may slip to 2022,” said Gary Still, executive director of CITAC, a specialist consulting company focused on African downstream energy.

Fuel shortages are common in Nigeria, despite the country of 180 million people being Africa’s biggest oil producer.

The existing 445,000 bpd refining system operates well below capacity due to corruption and lack of investment, leaving the state oil firm to import the bulk of its gasoline and gasoil needs paid for with cargoes of crude oil.

Edwin told Reuters last month that more than half the plant’s output could be exported after covering domestic needs.

The plant will be the world’s largest single-train refinery, meaning it will have only one crude distillation unit (CDU).

The government adviser said the CDU would not be ready for commissioning until the third or fourth quarter of 2021 at the earliest, and that process would take about six months.

Major pieces of equipment have yet to arrive or are still being constructed overseas.

A lack of infrastructure to transport and install oversized equipment and risks from rainy season storms could add unforeseen delays, the government adviser said.

The refinery project was first announced in 2013 as a smaller plant to be finished in 2016. A site move to Lekki in Lagos state and a currency crisis caused initial delays.

The first producing unit of the fertilizer plant at the same site is complete but the pipeline that was supposed to bring its key input, natural gas, is not finished, meaning that the end-year start would also be missed, two of the sources said.

Did you find apk for android? You can find new Free Android Games and apps.
Sharing is caring:
business, world news World News, Business Comments Off on NIGERIA: Dangote’s oil refinery delayed till 2022 Print this News

TRUMP: Japan to Suspend Iran Oil Imports Over US Pressure