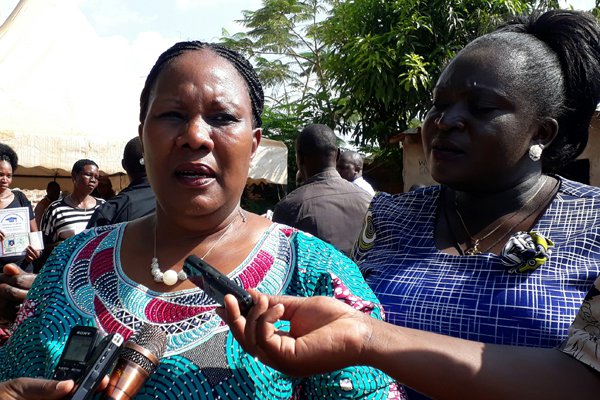 Speaking on Sunday after she issued 20 driving licences to youth at her office, the legislator said Nasa is determined to see Mr Odinga take the country’s top leadership.

She urged Opposition supporters not to despair over delays in swearing in Mr Odinga as the ‘people’s president’, at the end of this month.

“We will not be intimidated by anyone and plans to swear in Raila and Kalonzo are right on course. We as county coordinators, we have put all measures to ensure our supporters are at Uhuru Park on January 30 for the event.

“I am on the ground and people are very ready to witness this big occasion in the history of this country,” said the MP.

The silent war in Nasa that could derail Raila’s oath
Why focus on 2022 likely to scuttle Nasa plans
Time for talks is over, Nasa tells Uhuru
Tough questions over Nasa plan to swear in Raila

She added that this is the year of change and Kenyans would realise that when Raila takes oath of office.

Mrs Mutua also urged the government to release money to counties in time to enhance development.

She said that the delay in releasing funds has hampered many projects.

“We are experiencing many education appeals on mainstream and social media because we are yet to get funds. We are also experiencing a challenge of development in the counties because the funds from national government are not released in time,” she said.

“We urge that the funds should be released in time, so as to give the counties an opportunity to do many projects.”

In Siaya, Governor Cornel Rasanga urged the Nasa steering committee to send affidavit forms to counties so that all local leaders sign them to show their commitment to the swearing-in.

Mr Rasanga, who spoke at the funeral of legendary Benga star Gabriel Amolo on Saturday, said the move would help the coalition identify loyal members.

“This will help us know those with us and those who are Jubilee sympathisers,” said Mr Rasanga.

The coalition expects to collect 147 affidavit forms, which are currently being signed by the 120 MPs and 27 senators, before they are issued to the 17 governors elected on Nasa tickets.

Did you find apk for android? You can find new Free Android Games and apps.
Sharing is caring:
Kenya Comments Off on Nasa is ready for Raila swearing-in: Busia woman rep Print this News