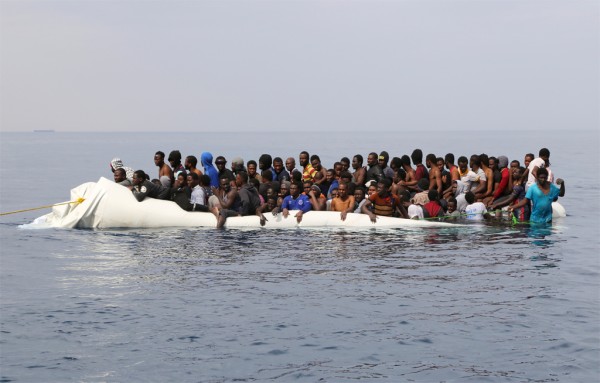 BARCELONA (Reuters) – Spanish authorities rescued over 500 migrants this weekend from more than a dozen boats making the perilous Mediterranean crossing to Europe.

Following plane and helicopter searches, Spanish boats rescued almost 300 migrants from nine boats on Saturday, authorities said. As of Sunday afternoon, a further 250 migrants were rescued from eight boats, three of which were in poor condition and later sank, they added.

The migrants were from various countries in North and sub-Saharan Africa.

The number of people crossing into Spain by sea from North Africa, either via the Strait of Gibraltar or the Sea of Alboran, has increased significantly in recent years while arrivals to Italy and Greece via Libya have dropped.

Around 19,000 people made the sea crossing in 2017, representing a 182 percent increase on the previous year.

Europe’s border agency Frontex said in January that it expected a further increase in irregular immigration to Spain this year, with flows boosted by the use of fast boats.

An Italian coastguard official said on Sunday more than 1,800 migrants attempting to cross from Libya to Italy were rescued over the past three days, following an improvement in the weather. —— AUTO – GENERATED; Published (Halifax Canada Time AST) on: May 27, 2018 at 01:12PM