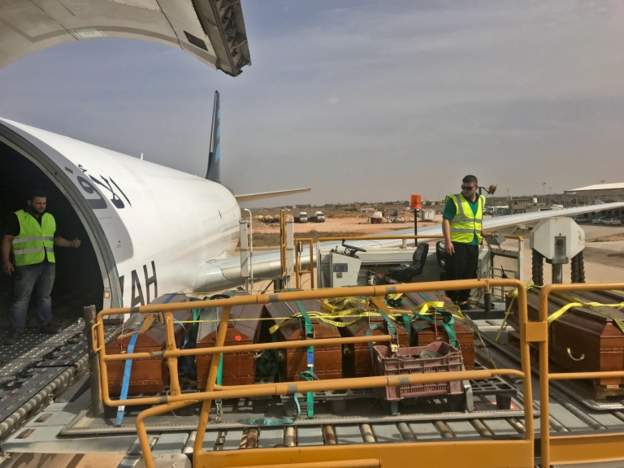 BBC – The bodies of 20 Coptic Christians are being returned to Egypt more than three years after they were beheaded by extremists in Libya.

Pictures show the coffins of the 20 murdered Egyptians being loaded onto a plane in the coastal city of Sirte.

A video of the men being beheaded on a beach in February 2015 was posted online by Libyan jihadists who pledge loyalty to the Islamic State militant group.

Their bodies were found in October in an area taken back from the jihadists.

A Libyan official said there was also a body of a victim from Ghana, according to news agency Reuters. —— AUTO – GENERATED; Published (Halifax Canada Time AST) on: May 14, 2018 at 04:15PM

Did you find apk for android? You can find new Free Android Games and apps.
Sharing is caring:
world news World News Comments Off on LIBYA: Beheaded Coptic Christians returned to Egypt Print this News